The attack by a military unit on Niger’s presidential palace was an attempted coup, the government’s spokesman said, adding several people were arrested and others are being sought.

“The government condemns this cowardly and retrogressive act that aims to endanger democracy and the rule of law to which our country is resolutely committed,” Abdourahamane Zakaria told a news conference.

The assailants, from a nearby air base, fled after the presidential guard met their attack with heavy shelling and gunfire, three security sources said, requesting anonymity because they were not authorised to speak to media.

Zakaria said the situation in the West African nation was now under control.

Heavy gunfire was heard near Niger’s presidency in the capital, Niamey, in the early hours, prompting fears of further instability just two days before President-elect Mohamed Bazoum is due to be sworn into office.

Heavy gunfire started around 3am local time (02:00 GMT) and lasted for about 30 minutes.

Online newspaper actuniger.com reported that calm had returned by around 4am. In short video clips posted on social networks, only several seconds in length, sporadic bursts of gunfire could be heard in the darkness. It was not possible to independently verify the location and timing of the videos.

A source, who spoke to AFP news agency on condition of anonymity, confirmed arrests were made “among a few members of the army who are behind this attempted coup”.

“The Presidential Guard retaliated, preventing this group of soldiers from approaching the presidential palace,” the source said.

There have been growing attacks by armed groups and political tensions in the country following Bazoum’s victory in a February presidential election runoff. Former president Mahamane Ousmane, who lost in the runoff, has rejected the results alleging fraud.

In pockets of the capital on Wednesday, Ousmane supporters took to the streets for a scheduled protest and clashed with police, who fired tear gas to disperse them, according to witnesses, who also said roads out of the city had been closed.

Bazoum’s election is the first democratic transition of power in a state that has witnessed four military coups since independence from France in 1960, including one that toppled Ousmane in 1996.

Last week, Niger’s top court confirmed Bazoum’s victory in the presidential runoff, allowing the ruling party candidate to be sworn into office on April 2. Bazoum’s inauguration on Friday will mark the West African country’s first transfer of power from one democratically elected leader to another.

Bazoum, a former interior minister, was the preferred successor and right-hand man of outgoing President Mahamadou Issoufou, who stepped down after two five-year terms.

Niger, one of the poorest countries in the world, has suffered numerous coups in its history, most recently a February 2010 putsch that toppled then-president Mamadou Tandja.

A week ago, gunmen on motorcycles attacked a series of villages located near the border with Mali, leaving at least 137 people dead in the deadliest violence to strike Niger in recent memory.

Those attacks came on the same day that the constitutional court certified Bazoum’s electoral victory.

In January, at least 100 people were killed in villages, the same day that Niger announced the presidential election would go to a second round on February 21.

Niger’s armed forces – who number 25,000 – are poorly equipped and trained. The plan is to double this to 50,000 men within five years, but funding is key. Last year, violent protests broke out over a military procurement scandal officially estimated to have cost nearly $55m. 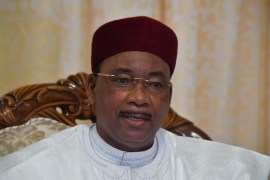 Mahamadou Issoufou awarded the 2020 Ibrahim Prize for leading his people on a ‘path of progress’. 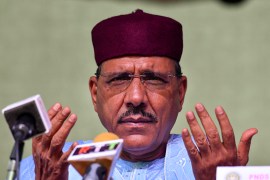 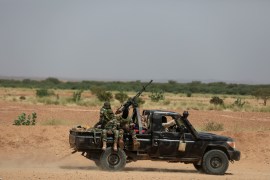 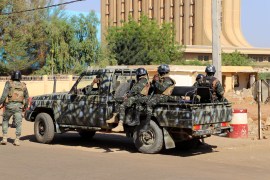 Flags fly at half-staff as country reels from latest attacks that killed 137 people in the southwest.