As the world battles the biggest health crisis in recent history, leaders of 23 countries and the World Health Organization (WHO) have said an international treaty for pandemic preparedness will protect future generations.

The idea of such a treaty, aimed at tightening rules on sharing information and ensuring universal and equitable access to vaccines, as well as medicines and diagnostics for pandemics, was first floated late last year by European Council President Charles Michel.

“The world cannot afford to wait until the pandemic is over to start planning for the next one,” Tedros told reporters.

He said the treaty would be rooted in the UN health agency’s constitution.

‘Learn the lessons of the COVID-19 pandemic’

“There will be other pandemics and other major health emergencies. No single government or multilateral agency can address this threat alone,” the leaders wrote in a joint opinion piece published in newspapers across the world.

“We believe that nations should work together towards a new international treaty for pandemic preparedness and response.”

The treaty would also state that the health of humans, animals and the planet are all connected and should lead to shared responsibility, transparency and cooperation globally.

“We are convinced that it is our responsibility, as leaders of nations and international institutions, to ensure that the world learns the lessons of the COVID-19 pandemic,” the leaders wrote.

However, although their proposal called for “solidarity”, there was no indication any country would soon change its own approach to responding to the pandemic.

There were also few details to explain how such an agreement might actually force countries to act more cooperatively.

The leaders of China and the United States did not sign the letter, but Tedros said both powers had responded positively to the proposal, and all states would be represented in talks.

Al Jazeera’s Natacha Butler, reporting from Paris, said the absence of their formal support had raised a “big question” over how the treaty might be enforced.

“So far there are some major omissions such as the United States, Russia and China, and without those countries on board, it would be very hard to see how such a treaty could have the clout that it would need on the international stage,” she said.

International regulations governing health and implemented by the WHO already exist – and can be disregarded by countries with few consequences.

Despite an obligation for nations to share critical epidemic data and materials quickly with WHO, for example, China declined to do so when the coronavirus first broke out.

Former US President Donald Trump criticised the WHO for its handling of the first wave and his administration accused the agency of helping China shield the extent of its outbreak. WHO has rejected the accusation as false.

Steven Solomon, WHO’s principal legal officer, said the treaty would need to be ratified by legislators in the participating countries.

“Specifics about enforcement will be up to member states to decide on,” he said.

Issues such as the sharing of vaccine technology and vaccine supplies could be included, according to Solomon, but he gave no indication how that might happen.

Despite WHO’s calls for patents to be waived during the pandemic, rich countries have opposed efforts by developing countries to compel them to share vaccine manufacturing technology.

Tedros called on wealthy countries last week to immediately donate 10 million COVID-19 vaccines so that immunisation campaigns could start in all countries within the first 100 days of the year.

No single country has yet publicly offered to share its vaccines immediately. Of the more than 459 million vaccines administered globally, the majority have been in just 10 countries. 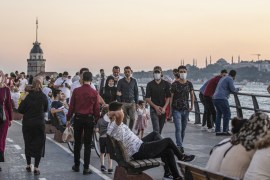 Turkey, which relaxed measures a month ago, has recently been reporting an average of 30,000 new infections each day. 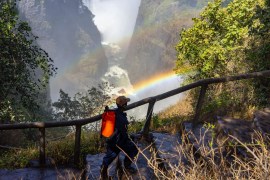 Zimbabwe’s tourism sector is estimated to have lost $1bn in potential revenue last year due to coronavirus pandemic. 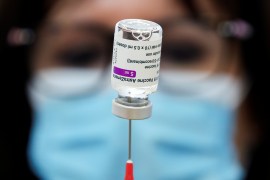 Canada pausing use of AstraZeneca vaccine for those below 55 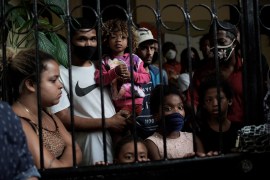 Brazilians thrown back into poverty as COVID aid dries up

A nearly $60bn burst of basic income assistance softened the economic blow of the pandemic, but it expired months ago.