A group of 14 countries has raised concerns over a new report by the World Health Organization (WHO) into the origin of the coronavirus, citing delays and a lack of full access to data, while the agency’s own chief called for further investigation into a theory the outbreak was the result of a laboratory leak.

The widely anticipated study on Tuesday was based on an investigation by the agency’s fact-finding mission to the Chinese city of Wuhan, where the novel virus was first detected.

After a four-week visit, the WHO team composed of 17 international experts concluded in the report it was “extremely unlikely” COVID-19 sprang from a lab leak, a position that was first advanced by the United States last year. China has strongly rejected such allegations.

Later on Tuesday, the 14 countries, including the United States, Australia, Canada, the Czech Republic, Denmark, Estonia and Israel said in a statement that they “fully” supported the WHO’s efforts to bring an end to the pandemic, including understanding how it “started and spread”.

But they added it was “essential that we voice our shared concerns that the international expert study on the source of the SARS-CoV-2 virus was significantly delayed and lacked access to complete, original data and samples”.

“I do not believe that this assessment was extensive enough,” he said during a news briefing on Tuesday.

“Although the team has concluded that a laboratory leak is the least likely hypothesis, this requires further investigation, potentially with additional missions involving specialist experts, which I am ready to deploy,” Tedros added.

China’s foreign ministry hit back at the perceived criticism from the WHO chief, saying that Beijing had fully demonstrated “its openness, transparency and responsible attitude”.

“To politicise this issue will only severely hinder global cooperation in study of origins, jeopardize anti-pandemic cooperation, and cost more lives,” the ministry said in a statement.

Meanwhile, a senior Chinese health official said there was no factual basis to accusations against China.

Liang Wannian, who was co-leader of the joint study into the origins of COVID-19 by China and the WHO published on Tuesday, told reporters that the Chinese and international researchers had access to the same data.

He also said the Chinese part of the joint research had now been completed, and the world now needed to look further into potential early cases of COVID-19 outside China in the next phase of its research into the origins of the pandemic.

The European Union called the report a “helpful first step” and highlighted “the need for further work”, urging “relevant authorities” to help, but without naming China.

Discussing its findings, Peter Ben Embarek, head of the research team that travelled to China, said the report “is not a static product, but a dynamic one”, adding that there will be new analysis.

So far, Embarek said, there was no proof or evidence suggesting that one of the laboratories in Wuhan, a city housing virology facilities, could have been involved in a leak accident.

“It’s not impossible,” he said, pointing to the fact that accidents in laboratories have already happened in the past. “But we have not been able to hear or see or look at anything that would warrant a different conclusion,” he added.

The inability of the WHO mission to conclude yet where or how the virus began spreading in people means that tensions will continue over how the pandemic started – and whether China has helped efforts to find out or, as the US has alleged, hindered them.

Embarek said team members faced political pressure from “all sides”, but insisted: “We were never pressured to remove critical elements in our report.”

He also said, “Where we did not have full access to all the raw data we wanted, that has been put as a recommendation for the future studies.” 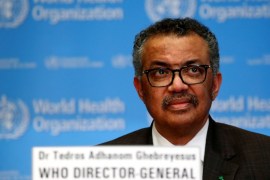 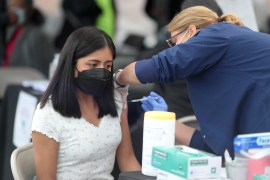 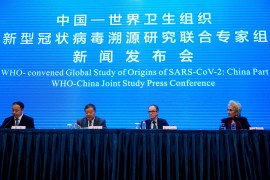 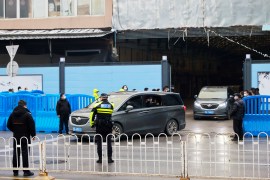 Experts say Huanan market still plays a role in tracing the origins of the coronavirus pandemic.