China has approved a sweeping and controversial overhaul to Hong Kong’s political system that will cut the number of directly elected seats in the territory’s mini-parliament and create a vetting committee to approve candidates for office.

The Standing Committee of the National People’s Congress (NPC), the top decision-making body of the mainland’s rubber-stamp parliament, approved the changes 167 – 0, Hong Kong media reported on Tuesday, citing comments from Tam Yiu-chung, the committee’s only representative from the territory.

The 167 members of the committee gave themselves a “huge round of applause” after their vote, broadcaster RTHK reported Tam as saying.

China announced the proposals at the NPC meeting in March, arguing that the changes were necessary “improve” the electoral system and ensure only “patriots” were able to govern Hong Kong.

“I firmly believe that by improving the electoral system and implementing “patriots administering Hong Kong”, the excessive politicisation in society and the internal rift that has torn Hong Kong apart can be effectively mitigated, thereby enhancing the governance capability of the HKSAR,” Lam said in a statement, referring to the territory by its official name.”

“The HKSAR will then be able to leverage our unique advantages and the staunch support of the Central Authorities to develop the economy and improve the livelihood of our citizens.”

Under the plan the Legislative Council (LegCo) will be expanded to 90 members, but the number of seats that are directly elected will drop to 20. Some 30 seats will be reserved for “functional constituencies” representing various industries, with the Election Committee that currently chooses Hong Kong’s leader appointing 40 representatives, media said.

Under the changes, district councillors will no longer be part of that committee.

Previously, half the members in the 70-seat LegCo were directly elected by the public.

A new committee will also be established to vet all candidates for the elections. It will have fewer than 10 members, and be chosen by two groups overseeing national security – the Committee for Safeguarding National Security under Hong Kong’s chief executive and Beijing’s national security office in Hong Kong, the South China Morning Post added.

Elections to the territory’s Legislative Council were due to take place last September but the government delayed the poll because of the coronavirus pandemic.

When China took back control of Hong Kong from the United Kingdom in 1997, it promised to maintain the territory’s way of life and its civic freedoms – unheard of on the mainland – for at least 50 years under the “one country, two systems” framework. The “ultimate aim” of the Basic Law, the territory’s mini-constitution, was the election of all Legco members through universal suffrage.

Lam said “one country, two systems” was a “very important principle” and the latest changes would make sure Hong Kong’s electoral system was in line with it. Her administration would embark on a public education campaign to explain the changes to Hong Kong’s residents, she added.

In 2019, mass opposition to a law that would have allowed suspects to be sent for trial in mainland China evolved into months-long protests for democracy that sometimes turned violent.

In November of that year, in district council elections that were a chief test of the political mood in the territory, Hong Kong’s pro-democracy candidates swept the board.

Since then, pro-democracy legislators have been disqualified from Legco for “endangering security” and a group, including academics and politicians, is facing charges under the National Security Law for organising primaries to choose the best pro-democracy candidates in the Legco elections that were later postponed.

China imposed the National Security Law on the territory on the night of June 30 last year.

The broadly-worded law punishes crimes including secession, sedition and collusion with foreign forces with terms of up to life in prison.

Beijing said the law was necessary to deal with separatism and foreign interference, but critics worried it would outlaw dissent and destroy Hong Kong’s autonomy. 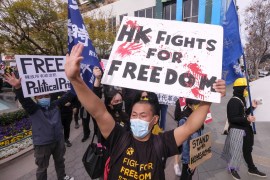 US says electoral changes in Hong Kong ‘assault on democracy’

US Secretary of State Antony Blinken says new rules run counter to promises made at the handover in 1997. 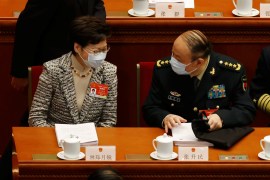 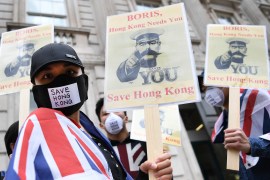