Sri Lankan Roman Catholic Church officials have declared a Black Sunday this weekend to demand justice for the victims of the 2019 Easter Sunday bomb attacks that killed more than 260 people.

Archbishop of Colombo Cardinal Malcolm Ranjith said on Tuesday the Church had been given part of a presidential commission’s report into the coordinated suicide bomb attacks on April 21, 2019, but many questions remain about its findings.

“We thank the commission for all the labour they put into this but we have many question marks about this report because the most important requirement of the commission has not been fulfilled,” he said.

A power struggle between the then-president and prime minister which led to a communications breakdown and a resulting lapse in security coordination is said to have allowed the attacks, which occurred despite prior warnings from foreign intelligence services.

Church leaders have asked their congregations to attend Mass on Sunday dressed in black.

Church bells will toll at 8:45am (03:15 GMT), the time of the near-simultaneous attacks, and special prayers will be offered for justice for the victims.

Ranjith said the commission’s mandate was to find the people, sources of funding and supporters behind the attacks, but such details were not in the report.

“There were different kinds of people involved, directly or indirectly, and those things have not been investigated. Even in this presidential report, it is said that there was something, some connection with India. But that indication is given in order to investigate it. But we have not seen that,” he said.

“How far… one of the typical cases of that is that the Indian government warned Sri Lanka about this. How did they know about it? So some connection, some information has come to them. So, that must be investigated.”

He said the Church expects the government to carry out a further investigation with vigour, adding that if no action is taken he would call for a mass protest on April 21, the second anniversary of the attacks.

Two local Muslim groups that had pledged allegiance to the ISIL (ISIS) armed group have been blamed for the attacks at six locations – two Roman Catholic churches, one Protestant church and three top hotels.

Of those killed, 171 were attending Easter services at Catholic churches. More than 500 people were wounded in the attacks. 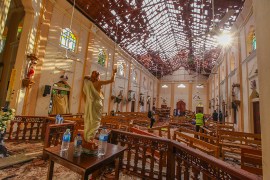 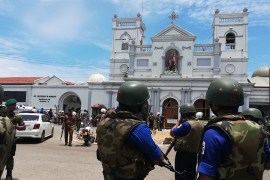 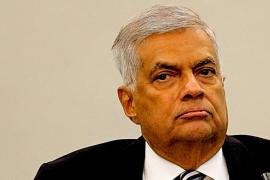 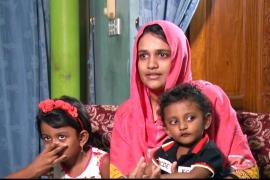 Sporadic attacks on Muslim houses and shops have increased those fears.