The first attack, in Kafolo, was carried out by “about 60 heavily armed terrorists coming from Burkina Faso,” it said in a statement, adding that four members of the security forces had been injured and four assailants were detained, while “logistical material” was seized.

“The assailants were pushed back and a military operation is under way,” army headquarters told AFP, without further details.

Weapons and other military equipment were seized, and Ivory Coast’s troops were carrying out a search operation in the area, one of the senior military sources told Reuters.

No official statements have been issued regarding the attack in Kafolo military outpost, which suffered a deadly attack last June. At least 13 Ivorian soldiers were killed in that attack.

There was no immediate claim of responsibility for the latest attack. An Ivorian army source said the attackers had been identified as from neighbouring Burkina Faso, but this could not be confirmed.

In 2016, 19 people were killed in an armed attack in Grand-Bassam, a vacation resort near Ivory Coast’s economic capital Abidjan. 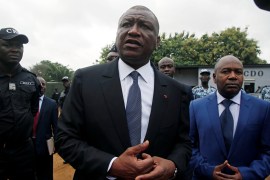 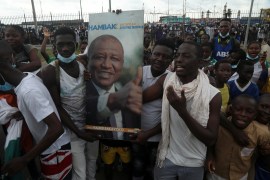 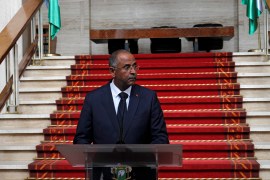 Patrick Achi served as interim prime minister after his predecessor Hamed Bakayoko was hospitalised with cancer.