Islamabad, Pakistan – Pakistan’s government has ordered educational institutions in 18 high-risk districts to remain closed until April 11, the education minister said, as the country continues to battle a third wave of coronavirus infections.

Speaking to the press in the capital Islamabad on Wednesday, Education Minister Shafqat Mahmood said the decision to extend closures first ordered on March 15 had been taken as virus infection numbers had stayed high.

“We will continue to review the state of the [pandemic],” he said. “We are very aware that closing schools significantly harms the education of children, but our children’s health is our first priority and we cannot take a risk with that.”

The districts subject to the closures include 10 regions in the central province of Punjab, Pakistan’s most populous area, and eight regions in northwestern Khyber Pakhtunkhwa province. The capital Islamabad is also subject to closures.

Mahmood said provincial governments had the prerogative to increase the number of areas where the restrictions were being tightened if they deemed it necessary.

Further, he said, high-school students will have to sit for annual board examinations at the end of the school year, as opposed to last year when students were granted an automatic pass based on performance baselines.

A third wave of infections

Pakistan is battling a third wave of infections, with 3,496 new cases of the coronavirus reported in the last 24 hours, as per the latest government data – the highest number of daily infections since the country was battling its first wave in July 2020.

There were 63 deaths due to the coronavirus on Wednesday, taking the death toll from the pandemic to 14,028, according to government data.

Last week, authorities said they were tightening restrictions and imposing stricter local lockdowns in order to curb the spread of the virus.

Lockdowns have largely been poorly enforced, however, and overall regulations still allow for large gatherings such as outdoor wedding functions attended by up to 300 people. 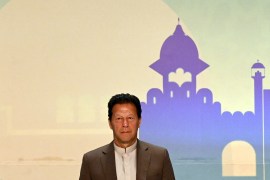 The 68 year-old Pakistani premier is self-isolating after contracting COVID-19 two days after being vaccinated. 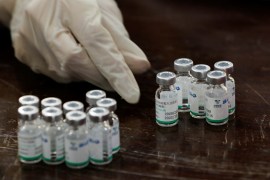 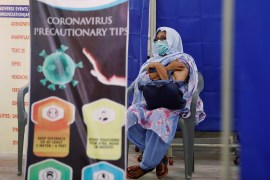