Two Chinese TV stars have cut ties with sportswear brand Nike for registering concerns over forced labour in Xinjiang while clothing brand H&M faced calls for a boycott, as a backlash brews in China against Western firms speaking out on human rights.

At least one million Uighurs and other mostly Muslim minorities have been held in camps in Xinjiang, according to right groups, where authorities are also accused of forcibly sterilising women and imposing forced labour.

China denies the allegations of abuses, insisting labour camps are in fact training programmes and work schemes that have helped stamp out “extremism” and raise incomes.

Chinese TV stars Wang Yibo and Tan Songyun on Thursday said they would end all promotional partnerships with Nike after a company statement was circulated widely on social media noting it was “very concerned” by the allegations of forced labour.

Their move followed a blizzard of outrage on China’s tightly controlled social media aimed at Nike over the statement published last year.

Tan’s manager said she “resolutely opposes any bad behaviour of smearing and making rumours about China,” with Wang’s agent making a similar statement.

Hours earlier Swedish clothing giant H&M’s products vanished from major Chinese shopping sites in apparent retaliation for its decision to no longer source cotton from Xinjiang, while state media shared calls for a boycott of its stores.

Xinjiang is one of the world’s top cotton-producing regions feeding many western garment brands with textiles.

Nike and H&M both made their statements last year, but the criticism only reached a fever pitch this week after Western countries lined up to sanction several key officials from Xinjiang over alleged rights abuses.

An outraged China struck back with tit-for-tat sanctions as a war of words erupted between Beijing and several European countries.

Foreign ministry spokeswoman Hua Chunying on Thursday issued a cryptic tweet accusing unnamed parties of seeking to find forced labour and repression where there was none, as “repression is what they have done for over a century”.

She did not directly mention Xinjiang.

State media on Wednesday lashed out against what they called H&M’s “lies” and “ulterior motives”, while a department store in Xinjiang’s Urumqi city demanded an apology from the company in a statement on Thursday.

H&M China in a statement on Wednesday night said it “does not represent any political position” and remains committed to long-term investment in China.

Internet users also targeted the Better Cotton Initiative (BCI), a global group that promotes sustainable cotton production which had said in October it was suspending its approval of cotton sourced from Xinjiang for the 2020-2021 season, citing concerns over human rights.

China produces over a fifth of the world’s cotton, with Xinjiang accounting for about 87 percent of Chinese output.

“If you boycott Xinjiang cotton, we’ll boycott you. Either Adidas quits BCI, or get out of China,” one internet user wrote.

Nike, Adidas and the BCI did not immediately respond to requests from Reuters news agency for comment. 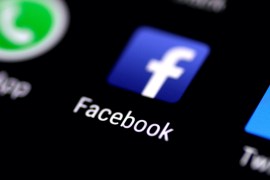 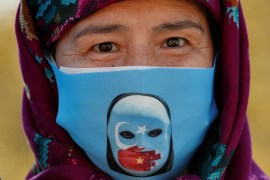 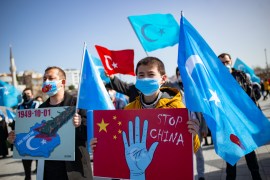