Belize’s national football team, which is currently visiting Haiti for a World Cup 2022 qualifier, was briefly held up by armed gang in the capital Port-Au-Prince on Monday, the country’s football federation says.

The central American country’s team, known as the Jaguars, were headed to their hotel from the airport when they were stopped by the armed gang, the Football Federation of Belize (FFB) said on Facebook.

“Despite the four-man police escort, the team bus was stopped by an uproar of insurgents with assault rifles on motorcycles,” the FFB said in a statement, adding that their escorts then negotiated with the gang for the team’s release.

“We are pleased to report that our Jaguars, although shaken by their terrible experience, are safely at their hotel,” the statement added.

The FFB is currently in contact with FIFA and regional football federation CONCACAF “to get them to safer territory”, the statement said.

“It was a moment of intense fear,” Belize’s co-captain Deon McCauley said.

The qualifier, slated for Thursday, is part of the first round of CONCACAF games for the 2022 World Cup in Qatar. Belize have never qualified for the World Cup finals while Haiti qualified once, in 1974.

Haiti is currently in the midst of an economic and political crisis and has been under a state of emergency since March 18.

Haiti has seen a surge in kidnappings for ransom in recent months, targeting both the wealthy and those of far more modest means. 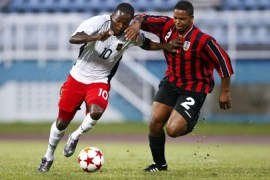 FIFA has suspended Belize from international football due to “severe government interference”. 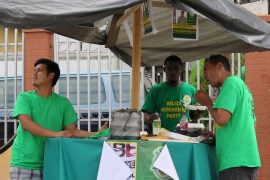 The Central American country goes to polls amid concerns over a stagnant economy and rising coronavirus infections. 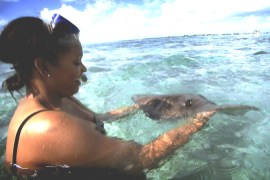 Will Belize’s fishing ban encourage other countries to take bolder steps towards protecting their marine environments?