Israel holds its fourth general election in two years on Tuesday after the coalition government collapsed in December.

Prime Minister Benjamin Netanyahu and his Likud party remain popular. However, the latest opinion polls indicate the election is unlikely to provide the country with much-needed stability and its outcome remains unpredictable.

While Likud has a slight lead in the polls, Netanyahu faces a dynamic that did not exist during previous elections. Israel’s political landscape has transformed, and it could make winning the election significantly harder for the longtime leader.

The latter notwithstanding, major deviation or surprises are not expected, according to Uriel Abulof, associate professor of politics at Tel Aviv University.

“Polls in Israel have been largely accurate before, so it is reasonable to believe that about half the electorate support a coalition led by Netanyahu, about half does not,” Abulof told Al Jazeera.

The reason for the uncertainty is primarily based on competition for Netanyahu from the right. Gideon Saar’s New Hope has the potential to upset the balance of power in the vote since it is programmatically hardly distinguishable from Likud, and is currently projected to become the third strongest party in the Knesset – a prediction that, if accurate, would inevitably cost Netanyahu votes.

New Hope is polling at 12 seats, trailing only eight seats behind leading opposition party Yesh Atid (20) and 17 behind Netanyahu’s Likud (29). The Knesset’s 120 seats require a majority of 61, but no party has ever won a majority on its own.

As such, it poses a threat to Netanyahu in his efforts to facilitate another right-wing religious coalition with other parties, since New Hope is not positioning itself in the dogmatic framework of the traditional right-left dynamic of Israeli politics, but primarily as an anti-corruption and anti-Netanyahu movement.

However, Saar and Netanyahu share various ideological similarities, such as settlement policies and the issue of Palestinian statehood – albeit Saar’s view can be considered more pro-Israel than Netanyahu’s.

New Hope and Saar offer voters a highly pro-Israeli right-wing agenda, but without the stigma of corruption and dismay for constitutional norms, Netanyahu has displayed as of late.

In a worst-case scenario, New Hope’s arrival could make it impossible for Netanyahu to form a majority in the bloc of right-wing and religious parties without New Hope. Particularly since Naftali Bennett, leader of Yamina, openly declared he would also not be part of a Netanyahu-led government.

Whether or not New Hope has the potential to overthrow Netanyahu will hugely depend on its ability to reach voters, said Simon Mabon, professor of international politics at the University of Lancaster.

“The anti-corruption agenda in Israeli politics has been hugely significant and may well play an important role in this election, but the popularity of New Hope appears to be diminishing… It remains to be seen if they can re-establish any form of momentum around an anti-corruption and anti-Netanyahu agenda,” Mabon told Al Jazeera.

The requirement in Israel’s diverse and fragmented political system to govern in coalitions adds yet another degree of volatility to every single election. The leading parties are far from being the only deciding factor. Several smaller parties can potentially make it into the Knesset and impact majorities, Abulof noted.

“Much will depend on whether several parties, especially in the centre-left, will manage to move above the 3.25 percent electoral threshold,” he said.

What makes the vote on the left so pivotal is not so much that there is any conceivable path for a government, but that some of these parties could become a deciding factor when either Likud, Yesh Atid, Yamina, or New Hope begin to construct potential coalitions.

Israel’s Labour Party, for instance, is likely to obtain six seats, while Meretz is currently at three and struggling to pass the aforementioned threshold. The Arab Joint List, which received 15 seats during the previous election, has fallen out and is no longer running together, leaving it with nine seats.

Meanwhile, Netanyahu’s former coalition partner Benny Gantz and his Blue-White alliance is polling at a mere five seats, which marks a minus of 11 compared with the last election. Voters and supporters have apparently not forgiven Gantz for breaking his word of never to enter a coalition with Netanyahu. The price Gantz now pays is the descent from being the country’s alternate prime minister into oblivion. However, Gantz’ loss of votes indicates the desire for an anti-Netanyahu coalition remains potent.

But none of the aforementioned facts can negate that neither the pro-Netanyahu camp nor the anti-Netanyahu camp has a clear path to a majority coalition, albeit Netanyahu has already pledged there will be no fifth election.

“Netanyahu appears confident that he can form a government, which would include Likud, Shas, United Torah Judaism, Religious Zionist Party and Yamina. However, this will require political wrangling to establish a stable coalition,” said Mabon.

Even if such a scenario was realistic, it may still not suffice.

“The constellation may not get the necessary seats and other parties such as the Otzma Yehudit Party may be required, which would result in further pushing this coalition to the right of Israeli politics,” Mabon added.

Netanyahu himself has also already limited his options by declaring he will not enter a coalition with former Joint List member Ra’am.

“While building a coalition that includes Ra’am would establish a coalition of right-wing parties, the underlying factor concerns Netanyahu’s apparent efforts to decimate the Arab List,” said Mabon.

More at stake for Netanyahu

Saar, who was education and interior minister under Netanyahu, previously challenged the prime minister internally for the party leadership – a bid he lost. He then left his political home since Likud had become a “personality cult and a tool of the prime minister”.

Saar’s ratio could be emblematic for the situation in Israel, with more and more Israelis appearing to concur. Likud is projected to lose eight seats and anti-Netanyahu protests have been held in Israel for several months. People are becoming increasingly tired of elections, for which many blame Netanyahu and his shenanigans outside of the Knesset.

It is a crucial election for Netanyahu with far more being at stake than only his political office.

After the vote, his trial for alleged corruption will continue. As prime minister, he may have options to postpone the trial or attempt to obtain parliamentary immunity for a second time. Leaving the government would be significantly less conducive. If Netanyahu wins, his priorities, according to Abulof, are apparent: “Avoiding trial, and certainly jail.”

Therefore, it was all the more important for Netanyahu to have a successful election campaign, which he focused on two issues in particular.

On the one hand, he referred to his foreign policy successes as a peacemaker with Arab states, without having to make any noteworthy concessions to the Palestinians. With former president Donald Trump’s help, he quickly ratified normalisation agreements with the United Arab Emirates, Bahrain, and Morocco and announced a declaration of intent with Sudan.

The other focus is the vaccination campaign against the coronavirus. “Israel is world champion in vaccination,” wrote Netanyahu recently in a tweet. So far, the country has indeed made a name for itself with its citizens’ rapid and widespread vaccination, unparalleled in the world. However, the situation is not as straight forward as it now appears.

“The Israeli government failed miserably throughout the year, but the vaccination has been successful. Netanyahu scapegoats the former and demands credit for the latter,” said Abulof.

The question on election day will be whether voters remember the government’s much-criticised and lockdown heavy COVID-19 policy, or the successful vaccination campaign.

But increasingly it appears as if the election will not solve Israel’s issues and political gridlock.

Regardless of what the leading coalition may look like, it seems inconceivable that it can provide Israel with the necessary stability and a prime minister who can not only maintain and work within a coalition, but make it deliver for the Israeli people amid an economic situation that still yields more questions than answers. 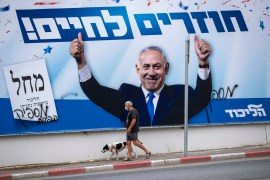 Israel is stuck in an electoral groundhog day, with each election producing more of the same. 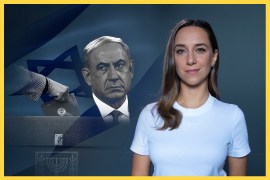 Israel is going to the polls for the fourth time in only two years. Why do Israeli governments keep collapsing? 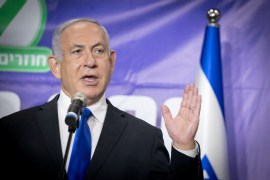 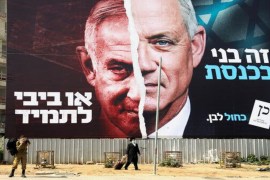 Israelis go to the polls again hoping to end the deadlock that has gripped their country for years.