US Senator Chris Coons and Ethiopia’s Minister of Foreign Affairs Demeke Mekonnen have held talks at a time of increased tensions between Ethiopia and its Nile Valley neighbours, Sudan and Egypt, over Addis Ababa continuing to fill its Renaissance Dam for a second year.

The talks in Addis Ababa on Sunday also come against the backdrop of US concern regarding border tensions between Ethiopia and Sudan stemming from Ethiopian army operations in the Tigray region that sent refugees streaming into Sudan and raised alarm in the international community.

Mekonnen said he assured the US official of his country’s commitment to the African Union’s sponsorship of the Grand Ethiopian Renaissance Dam negotiations. Ethiopia has held several rounds of talks with Sudan and Egypt, who fear the construction of the GERD will lead to water shortages in their countries.

Addis Ababa maintains that the GERD is crucial to its economic development.

Ethiopia started filling the reservoir behind the dam last year after negotiations failed to result in a legally binding agreement over the GERD’s operation.

Ethiopian officials hope the dam, now more than three-quarters complete, will reach full power-generating capacity in 2023, helping pull millions of its people out of poverty.

Earlier this month, Ethiopia rejected a Sudanese proposal to have an international quartet mediate the dispute, which would include the United Nations, the US, the European Union and the African Union to solve the stalled negotiations.

Coons, who is also the US special envoy to Ethiopia, affirmed the US’s strategic partnership with Ethiopia and called for a solution to the Tigray region crisis.

Thousands have died in Tigray following the fighting, hundreds of thousands have been forced from their homes and there are shortages of food, water and medicine in Tigray, a region of more than five million people. 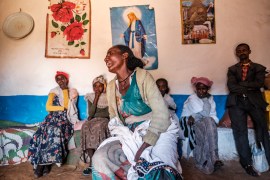 Secretary of State Blinken calls for international probe into ‘ongoing’ atrocities, as well as exit of Eritrean troops. 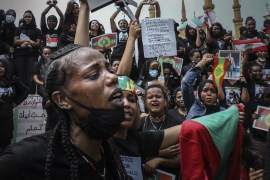 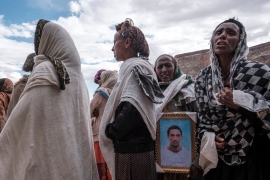