The health minister in Ecuador has resigned after just 19 days on the job, as prosecutors in the South American nation investigate a growing scandal over well-connected individuals receiving coronavirus vaccines out of turn.

Rodolfo Fardan said in his resignation letter on Friday he was stepping down for “strictly personal” reasons.

His resignation comes after authorities raided the health ministry and a hospital in Quito, the capital, in relation to their investigation into the vaccine rollout.

Fardan had replaced the previous health minister, Juan Carlos Zevallos, who stepped down in late February after reports emerged that he participated in an inoculation effort at the nursing home where his mother lives.

Zevallos, who is under investigation for influence peddling, had also faced possible impeachment in the National Assembly for “poor handling of the pandemic and a poor vaccination process”.

Reports have surfaced in Ecuador that well-connected politicians, academics, journalists and others were vaccinated when COVID-19 jabs were meant to be reserved for front-line healthcare workers and residents of elderly care homes.

The country has reported more than 309,000 cases of COVID-19, according to a tally from Johns Hopkins University, and more than 16,400 coronavirus-related deaths.

Government data shows that about 120,000 people have received at least one COVID-19 jab.

Ecuador is one of several countries in Latin America to be embroiled in a scandal related to COVID-19 vaccination efforts.

Peru’s health and foreign affairs ministers were forced to step down, among others, after it was revealed that nearly 500 government officials had received COVID-19 jabs before the vaccines were available to the general public.

Meanwhile, back in Ecuador, President Lenin Moreno has named Mauro Falconi as the new health minister.

Moreno’s term ends in May, as a runoff election scheduled for April 11 will see economist Andres Arauz and Guillermo Lasso, a former banker, vie for the presidency.

The pandemic has worsened an already dire economic situation in Ecuador, stirring growing discontent among voters. 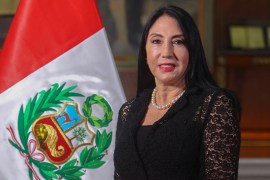 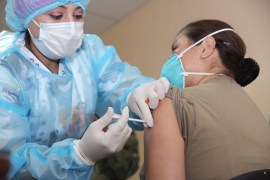 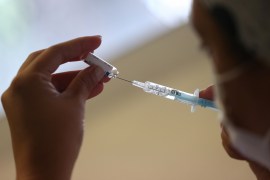 How the consequences of a 2016 dengue vaccination drive caused controversy and led to lasting fears among Filipinos.