Local media reported on Friday that Bolsonaro accused mayors and governors of acting like dictators and starving Brazilians, by forcing them to stay at home.

“They are imposing a state of siege, which is unconstitutional. They cannot do this without the approval of Congress. They are humiliating the population, while saying that they are saving lives. How can they be saving lives, they’re starving people,” Bolsonaro said.

Brazil’s COVID-19 death toll has increased sharply in recent weeks, to more than 290,000, second only to that of the United States.

On Friday, the health ministry said the country recorded 90,570 cases of coronavirus in the last 24 hours and 2,815 COVID-19 deaths, the second deadliest daily toll since the pandemic began a year ago.

Ending the most lethal week yet in a surge of the virus driven by a more contagious local variant, the South American country has now registered 11,871,390 cases in all, while the death toll has risen to 290,314, according to health ministry data.

On Friday, Rio de Janeiro’s mayor said he was closing the Brazilian city’s famed beaches for the weekend and banning bus arrivals in a bid to contain a surge of COVID-19.

Eduardo Paes said the situation in the iconic beach city was “very critical” and urged residents to stay home to slow the spread of the virus.

He warned that more restrictive measures could be announced on Monday after he meets the expert committee advising him on the pandemic.

The city of 6.7 million people had already ordered businesses to close at 9pm (midnight GMT) from March 5.

Like much of the country, it is struggling to deal with a new wave of COVID-19 cases that experts say is driven partly by the emergence of a new, more contagious strain of the virus known as “P1”, or the Brazil variant.

Rio also closed its beaches a year ago during the first wave of COVID-19, with limited results. Popular beaches such as Copacabana and Ipanema were often jam-packed on sunny days, with few police around to enforce the closure.

The city had fully reopened its beaches again in November, just before the southern hemisphere summer. 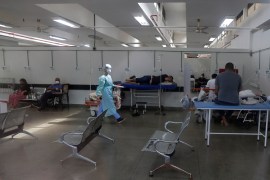 An attempt by governors to impose nationwide restrictions, opposed by President Jair Bolsonaro, has fallen short. 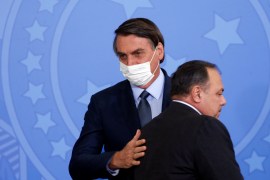 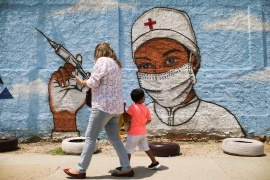