Thousands of residents in the city of Jackson, Mississippi, have been without running water since last month, when an icy winter storm paralysed the city’s main water plant and broke pipes that were frozen solid.

The ice storm on February 15 trapped many residents in their homes and made roads unpassable in Jackson, Mississippi’s capital and its largest city.

The weather has since warmed up, and power has returned. But many residents of Jackson remain without running water, forcing them to buy bottled water for drinking, cooking and bathing.

But bottled water has been going scarce, as residents rush to stock up. Local media reported that charities and organisations have stepped in to deliver water to help elderly and vulnerable residents.

Officials have not said how many residents are completely without running water, adding that some homes have a trickle coming out of their pipes, according to local media reports. Those residents were ordered to boil their water before drinking it, and to conserve water as much as possible.

City officials have said they are working to restore the city’s water systems.

“We are doing everything within our power to try and get the water restored to all of our residents,” Charles Williams, Jackson’s public works director said during a news conference on Monday.

Local media reported that the higher areas of the city have been the most affected. But officials have not provided a date when residents can expect to have running water again.

“We’re trying to get a definitive timeline as to when water will be restored to all of our citizens,” he said. “We know some have been restored and we are pleased with that, but we’re still heavily concerned about our residents who are in south Jackson.”

Jackson Mayor Chokwe Antar Lumumba said the city is working on restoring water, but that it is a difficult process that requires more time.

“What it takes in order to see the solution we are asking for – time is what it takes,” Lumumba said, according to local news reports. “Our system was never designed to be shut off like that. When the production of water to our system is depleted to this level, what it takes is time.” 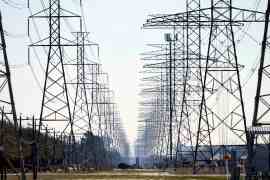 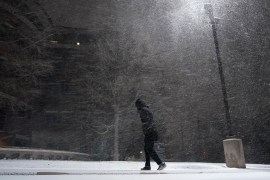 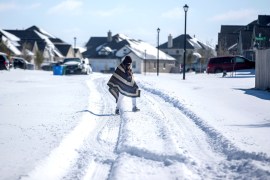 Millions without power and at least 20 dead as southern and central US gripped by record-breaking cold weather.