California Attorney General Xavier Becerra was confirmed by the US Senate as secretary of health and human services on Thursday, clearing the way for him to take charge of a key agency battling the COVID-19 pandemic.

The Senate on Thursday unanimously confirmed veteran diplomat William Burns as CIA director, giving him control of the nation’s premier spy agency as the US government confronts threats from China, Russia, and Iran.

A confirmation vote for Biden’s secretary of labour Joseph Walsh has been scheduled for Monday.

A former Democratic member of the House of Representatives for 26 years, Becerra will oversee an expansion of the US’s landmark health care law the Affordable Care Act, commonly known as “Obamacare”.

Republicans cited his lack of experience on health matters and his support for expanding the government’s role in providing healthcare and liberalising immigration policies.

Earlier this month, Becerra’s confirmation prospects became uncertain after his nomination was bottled up in a Senate committee that deadlocked in a 14-14 tie over whether to send Biden’s pick to the full Senate for confirmation.

“As America battles the COVID pandemic, his confirmation is long overdue,” Democratic Senator Edward Markey said during the debate. Becerra “is committed to reproductive freedom,” a hot-button issue for senators who oppose abortion.

On Wednesday, the top Senate Republican, Mitch McConnell, urged the Senate to reject the 63-year-old Becerra.

“The distinguishing feature of this nominee’s resume is not his expertise in health, medicine, or administration,” McConnell said.

“What stands out are Mr Becerra’s commitment to partisan warfare and his far-left ideology,” McConnell said.

Becerra will oversee the Department of Health and Human Services’s more than 80,000 employees in the United States and abroad.

The agency is responsible for programmes ranging from Obamacare, disease control and health research to the gigantic Medicare and Medicaid healthcare programmes for older Americans, the poor and people with disabilities.

Burns’s approval to head the CIA came by voice vote after Senator Ted Cruz, a Republican, lifted a hold he had placed on the nomination.

Cruz, from the oil and gas producing state of Texas, had demanded the Biden administration meet “its legal obligation to report and sanction the ships and companies” building the Nord Stream 2 natural gas pipeline from Russia to Western Europe.

On Thursday, Secretary of State Antony Blinken issued a statement condemning the pipeline as a bad deal “intended to divide Europe and weaken European energy security” and promised additional US sanctions.

Burns is a former ambassador to Russia and Jordan who served at the State Department for more than 30 years under both Democratic and Republican presidents.

He pledged at his confirmation hearing last month that he would deliver “unvarnished” intelligence to the White House.

At that hearing, he described China as posing the “biggest geopolitical test” to the US and said that Russia, though a declining power in some ways, remains a disruptive and potent threat. 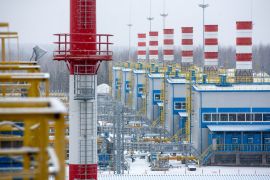 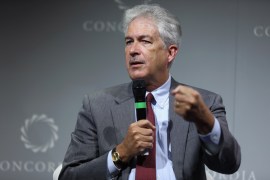 A former ambassador to Russia and Jordan, Burns, 64, rose to become deputy secretary of state before retiring in 2014. 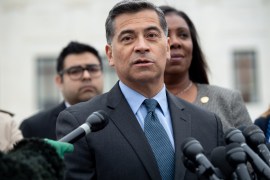 If confirmed, Xavier Becerra will be the first Latino to lead US health department as it struggles to contain COVID-19.