At least 33 Malian soldiers have been killed and 14 wounded in an attack on a military post in the country’s violence-hit northeastern region of Gao, according to the army.

Some 100 assailants on pick-up trucks and motorbikes launched the attack on Monday at about 13:00 GMT in the town of Tessit, located 60km (37 miles) southeast of Ansongo, near Mali’s border with Burkina Faso and Niger

The army said in a statement on Wednesday that 20 attackers were killed. There was no immediate claim of responsibility.

While offering its condolences to the soldiers’ families, the army underlined “the necessity of strengthening the fight against terrorism”.

Mali has been plagued by a brutal conflict that began as a separatist movement in the north but devolved into a multitude of armed groups jockeying for control in the country’s central and northern regions.

The violence has spread into Burkina Faso and Niger, with fighters linked to ISIL (ISIS) and al-Qaeda exploiting the poverty of marginalised communities and inflaming tensions between ethnic groups.

The “tri-border” region – the three-country point joining Burkina Faso, Mali and Niger – has seen the most intense fighting in a worsening conflict that has sparked a major humanitarian crisis. 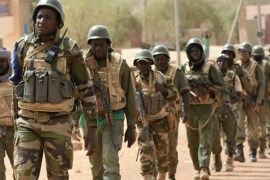 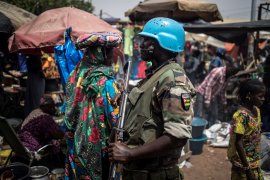 Accords bring together Fulani and Dogon communities who have historic tensions over access to land and water. 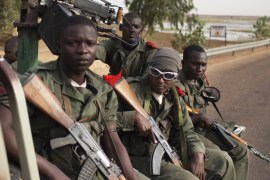 Six other troops wounded in attack near the village of Boni in violence-plagued region of Mopti.