“Unidentified projectiles” launched by Yemen’s Houthi rebels caused a March 7 blaze that killed dozens at a migrant holding facility in the capital Sanaa, according to Human Rights Watch (HRW).

“Scores of migrants burned to death in Yemen on March 7, 2021, after Houthi security forces launched unidentified projectiles into an immigration detention centre in Sanaa, causing a fire,” HRW said in a statement on Tuesday.

It said inmates – most of them Ethiopian migrants and refugees – had been protesting against overcrowding when camp guards rounded up hundreds of them into a hangar and fired two projectiles into the building.

“The migrants said the first projectile produced a lot of smoke and made their eyes water and sting. The second, which the migrants called a ‘bomb’, exploded loudly and started a fire,” HRW said.

It added that hundreds of injured inmates were being treated in hospitals in Sanaa where a “heavy security presence” had posed problems for humanitarian agencies.

The Houthi rebels, who control much of northern Yemen, including the capital Sanaa, have been battling a Saudi-led military offensive since March 2015.

The Saudi-led coalition intervened in support of the internationally recognised government, which was overthrown by the Iran-linked group. The six-year war has ravaged the impoverished nation of 29 million, with 80 percent of the population now dependent on foreign aid.

Last week, the International Organization for Migration (IOM) urged the rebels to provide unimpeded access to the injured.

It said more than 170 people had been hurt, over half of them seriously, and as many as 60 killed.

In correspondence with HRW, Houthi spokesman Mohammed Abdulsalam said the incident “should not be politicised or exploited”.

“The incident that took place was a normal result that occurs in similar incidents all over the world,” he said, according to the statement.

He called for the lifting of a longstanding Saudi-led blockade on Sanaa’s rebel-controlled airport, so migrants “can return home”.

Tens of thousands have been killed and millions displaced due to the conflict in what the United Nations calls the world’s worst humanitarian crisis.

Despite more than six years of conflict, the impoverished country is still a magnet for migrants from the nearby Horn of Africa seeking a better life in the wealthy Gulf Arab states. 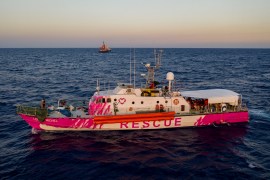 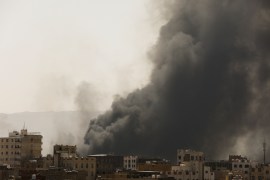 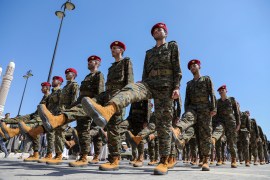