Three days of voting have begun in the Netherlands in a parliamentary election seen as a referendum on the government’s handling of the coronavirus pandemic.

A record 37 parties are fielding candidates in the election, with voting starting Monday. Roughly 13 million voters are eligible to take part.

COVID-19 has dominated the campaign period, with opposition parties criticising the management of the healthcare emergency and candidates explaining how they would rebuild the economy when the virus recedes.

More than 16,000 people are confirmed to have died of COVID nationwide since the pandemic began.

With a ban on public gatherings, the election campaign focused on a series of televised debates in which incumbent Prime Minister Mark Rutte, who first took office in 2010 and has since become one of Europe’s longest-serving leaders, maintained his image as a steady hand during a time of crisis.

Rutte’s is widely expected to win the most seats in the 150-seat lower house of parliament and secure a fourth term.

Four polls released this week showed the 54-year-old’s conservative People’s Party of Freedom and Democracy, or VVD, taking 21-26 percent of the vote, compared with 11-16 percent for its closest rival, Geert Wilders’ anti-Islam Freedom Party, which leads the parliamentary opposition.

His government has been in caretaker mode since January when it resigned over a scandal involving tax officials seeking to root out fraud wrongly targeting families, plunging thousands into debt.

The first two days of voting are intended for vulnerable groups to be able to cast their ballot. People older than 70 also are entitled to vote by mail.

Campaigning will continue through Tuesday, halting only on the official election date, Wednesday.

After votes are counted from Wednesday night into Thursday, the process of forming the next ruling coalition will start.

The vote comes as coronavirus infections are rising at the fastest pace in months.

The National Institute for Health (RIVM) has advised against any swift easing out of lockdown, saying hospitals could still be overwhelmed in a third wave of the pandemic driven by more contagious variants.

On Sunday in The Hague, police broke up a demonstration by thousands who were protesting against the lockdown and a nighttime curfew, the imposition of which prompted several days of riots in January.

An exception to the 9pm curfew will be made for people out casting their ballots this week. 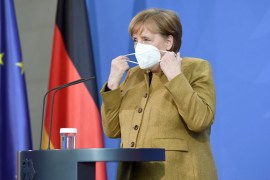 Chancellor Merkel’s party heads for defeat months before a national vote on who will replace her. 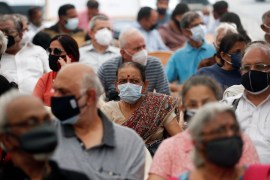 Highest daily rise in 85 days as Maharashtra state imposes partial lockdowns and restrictions amid a rise in cases. 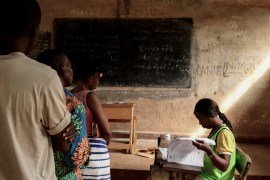 CAR holds second round of legislative polls in shadow of violence

Polls include runoff votes in 49 districts and first-round voting in 69 districts where violence stopped December vote. 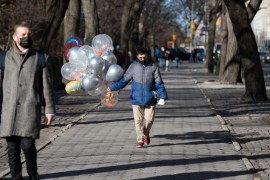 What does ‘return to normalcy’ really mean?