At least a dozen villagers have been killed in an overnight raid on a village in the eastern Democratic Republic of the Congo, according to a witness and monitoring and civil rights groups, in an attack blamed on the notorious Allied Democratic Forces (ADF) armed group.

Men armed with knives and other weapons attacked Bulongo village, some 30km (18 miles) east of the city of Beni, late on Sunday.

“There are 12 bodies lying on the ground,” Mambo Kitambal, head of a civil society group in Bulongo, was quoted as saying by AFP news agency.

“We fear that this toll could increase, especially since the enemy operated for several hours. The victims were executed with pickaxes and machetes,” he said.

In a Twitter post on Monday, the Kivu Security Tracker (KST) monitoring organisation reported the killing of at least 15 civilians in Bulongo. “The ADF are suspects,” it said, without elaborating.

The ADF, a Ugandan militia active in the eastern DRC since the 1990s, has never claimed responsibility for attacks. It has been accused of carrying out dozens of brutal reprisal attacks on civilians since the Congolese army began operations against it in late 2019.

Last year, it is suspected of killing about 850 people, according to United Nations figures.

On Wednesday, the United States designated the ADF as a “foreign terrorist organisation”, accusing it of links to ISIL (ISIS). UN experts, however, have not found evidence of any direct relationship between the two groups.

The ADF has the reputation of being the bloodiest of some 122 armed groups active in the DRC’s four eastern border provinces, many of them a legacy of the Congo Wars of the 1990s.

“Here in the rain they savagely killed our brothers and sisters with knives and pickaxes,” Paul Sakata, a resident of Bulongo, told Reuters news agency.

“We regret that the army did not respond last night, which reinforces the fear in the heads of people in this part of the country, who were beginning to hope for peace.” 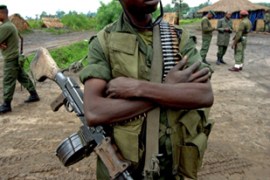 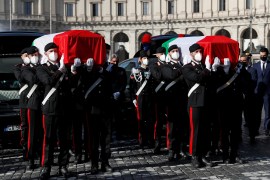 The victims were kidnapped and fatally shot while travelling in a UN World Food Programme convoy. 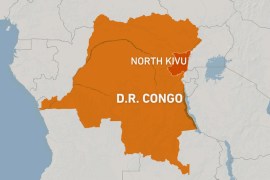 DRC: More than a dozen killed in suspected ADF attacks

Deaths bring the number of civilians killed by armed groups in Beni since November 2019 to at least 1,013. 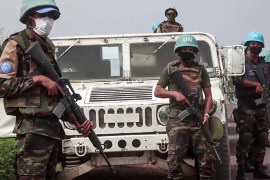 Luca Attanasio died of his wounds after a World Food Programme convoy came under fire near the eastern city of Goma.