Every Canadian who wants to be vaccinated will be able to do so by the end of September Prime Minister Justin Trudeau announced on Friday, committing to a timeline he made late last year.

In a news conference, Trudeau said drugmaker Pfizer will begin delivering one million COVID-19 vaccine doses every week starting on March 22, until May 10.

“Everyone who wants a vaccine in Canada will be able to get one by the end of September,” he said.

The move doubles the current supply from Pfizer, officials said. Trudeau also announced that drugmaker AstraZeneca will be delivering 20 million doses by the end of the year.

Canada rolled out its vaccination campaign in December and has already authorised four vaccines for use in the country.

But amid a global rush for vaccines, Canada has faced a shortage in access to doses. Like many countries around the world, it currently does not manufacture any vaccines.

Canada’s neighbour to the south, the United States, has contracts to buy more vaccines than it needs. It will also speed up vaccine production over the next months.

But the administration of President Joe Biden has not committed to exporting any doses to Canada or to Mexico – the US’s two main trading partners.

The White House on Friday said it has received requests from countries “around the world” for vaccines, but has not sent them to anyone.

“The president’s priority and focus is on ensuring that the American people are vaccinated,” White House Press Secretary Jen Psaki said in a news conference.

“We also want to make sure we have maximal flexibility that we are oversupplied and overprepared and that we have the ability to provide vaccines, whatever the most effective ones are to the American public,” she said.

A year after COVID-19 was declared a pandemic, Biden on Thursday pledged vaccine eligibility for all adults by May 1, and set the goal to resume most social and economic activities by July 4, the US Independence Day holiday.

The US appears on track to do that. According to the US Centers for Disease Control and Prevention, the US has administered 98 million jabs, and about 19 percent of the total population have received at least one shot.

But as of Friday, only 1.9 million Canadians had received at least one vaccine dose, according to official government data, just about 5 percent of the population – well behind the US as well as the United Kingdom and the European Union. 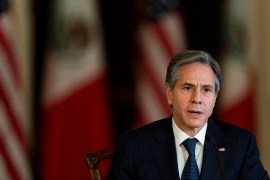 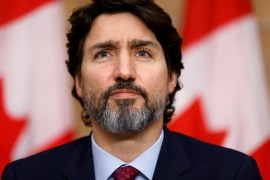 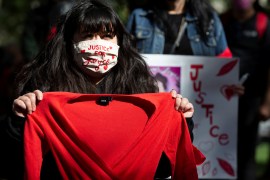