Malaysia, which is currently under a state of emergency that has suspended parliament, has brought in a new law to tackle “fake news”, raising renewed concerns about freedom of speech in the Southeast Asian nation.

The government announced the legislation under its emergency powers on Thursday night saying it was necessary to tackle misinformation surrounding the COVID-19 pandemic. The measures, which also cover the emergency itself, came into force on Friday.

The law also empowers the police to take “necessary measures” to remove fake news and allows law enforcement access to data including passwords and encryption codes with fines for those who refuse to cooperate.

A similar law came into force in April 2018 as then-Prime Minister Najib Razak faced elections amid escalating criticism over his role in the multibillion dollar 1MDB scandal.

Najib lost the poll that took place the following month and the legislation was repealed, but that government fell apart a year ago after a power grab that allowed some politicians from the defeated parties to return to power under an administration led by Prime Minister Muhyiddin Yassin.

Muhyiddin had a wafer-thin majority in parliament, which was suspended in January when an emergency was declared until August 1, citing the escalating coronavirus outbreak. He previously tried to impose an emergency last October.

#Malaysia: Extremely disturbing to see an anti-fake news ordinance issued under emergency powers with vague definitions, extensive powers given to the police and excessive penalties. Another assault on free speech by the Muhyiddin governmenthttps://t.co/eN1xgHVOom pic.twitter.com/Ger4hfKzg4

LFL: New Emergency Ordinance against “fake news” will create a climate of fear

Human rights groups said they were shocked at the sudden imposition of the law, noting that fake news was not clearly defined in the legislation.

It opens “the real possibilities of abuse through arbitrary arrests, investigations and punitive actions,” Wathshlah Naidu, the executive director of the Centre for Independent Journalism, said in a statement. “We anticipate further surveillances and invasions of our privacy, arbitrary censorships of critical and dissenting media reports, and thus, attacks on media freedom, and disproportionate crackdowns on legitimate speech.”

Gerakan Media Merdeka (Geramm), which campaigns for media freedom, echoed CIJ’s concerns, noting that the law had not been debated or approved by parliament, which was suspended when the emergency was declared in January.

“With no clear definition of ‘fake news’ we are concerned over possible abuse that may arise,” Geramm said in a statement. “We reiterate our stand as previously declared in our call against the released Anti-Fake News Act 2018, to fight fake news with facts, not Acts.”

The law covers text, audio and video and also applies to people outside Malaysia even if they are not Malaysian.

COVID-19 cases in the country have eased in recent weeks with 1,647 daily cases reported on Thursday compared with a peak of nearly 6,000 in January. Its vaccination campaign began at the end of February, with Muhyiddin receiving the inoculation first. 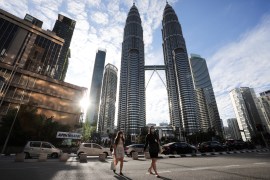 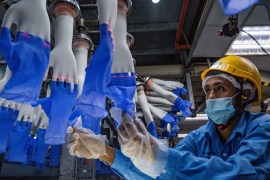 More than 5,000 of Top Glove’s Malaysia workers have tested positive for the coronavirus, the country’s biggest cluster. 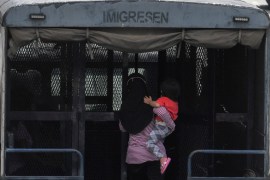 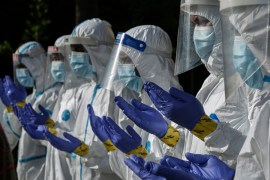