Gunmen in northwest Nigeria kidnapped about 30 students from a forestry college near a military academy, in the fourth mass school abduction since December, authorities said.

The latest abduction took place around 11:30pm on Thursday at the Federal College of Forestry Mechanization, Afaka, in the Igabi local government area of Kaduna state, police said.

“About 30 students, a mix of males and females, are yet to be accounted for,” the state’s commissioner for International Security and Home Affairs, Samuel Aruwan, said in a statement on Friday. Several staff of the school were also kidnapped, he added.

The college sits on the outskirts of Kaduna city, capital of Kaduna state, in a region roamed by armed gangs, who often travel on motorcycles.

“This is the first time that a mass abduction of girls is happening in a higher institution of learning,” Fidelis Mbah, a journalist based in the Nigerian capital, Abuja, told Al Jazeera.

“The armed men have always targeted secondary schools where younger students attended. This is a new development from their usual mode of operation.”

Mbah said that authorities have yet to comment on which group is behind the kidnapping.

On Friday morning, relatives of students gathered at the gates of the college, which was surrounded by about 20 army trucks. 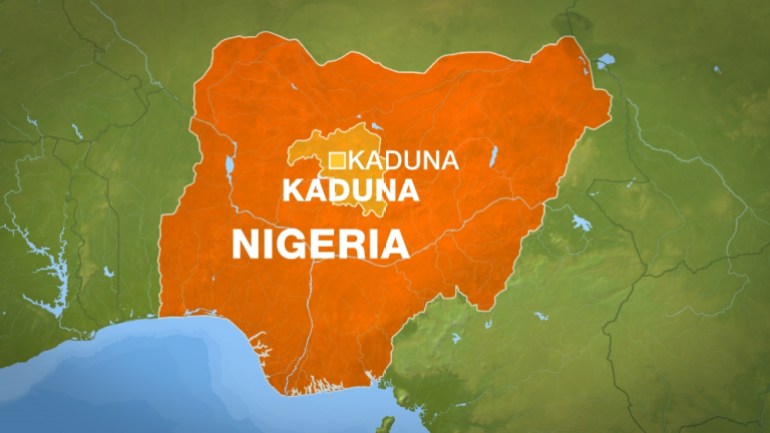 “We were not panicking, thinking that it was a normal military exercise being conducted at the Nigerian Defence Academy,” he said.

Salisu said he had seen military personnel taking the remaining students into the academy.

Heavily armed criminal gangs in northwestern and central Nigeria have stepped up attacks in recent years, kidnapping for ransom, raping and pillaging.

The Nigerian military deployed to the area in 2016 and a peace deal with bandits was signed in 2019 but attacks have continued.

Within the last few weeks, 279 schoolgirls were freed after being abducted from their boarding school at Jangebe in northwest Nigeria’s Zamfara state, and 27 teenage boys were released after being kidnapped from their school in the north-central state of Niger, along with three staff and 12 family members. One student was shot dead in that attack.

Before that, in December, more than 300 boys were kidnapped from a school in Kankara, in President Muhammadu Buhari’s home state of Katsina, while the president was visiting the region.

The boys were later released but the incident triggered outrage and memories of the kidnappings of at least 276 schoolgirls by the Boko Haram armed group in Chibok in 2014 that shocked the world. Many of those girls are still missing.

Kidnapping for ransom in Africa’s most populous country is a widespread national problem, with businessmen, officials and citizens snatched from the streets by criminals looking for money.

At least $11m was paid to kidnappers between January 2016 and March 2020, according to SB Morgen, a Lagos-based geopolitical research consultancy.

The unrest has become a political problem for Buhari, a retired general and former military ruler who has faced mounting criticism over the rise in violent crime, and replaced his longstanding military chiefs in February.