Drugmaker Pfizer employed “high-level bullying” against at least two Latin American countries during negotiations to acquire vaccines according to a recent investigation, including requesting the nations put sovereign assets as collateral for payments.

The Bureau of Investigative Journalism (TBIJ), a UK-based nonprofit media organisation in an investigation unveiled in February said the pharmaceutical company’s negotiation technique led to a months-long delay in reaching a deal in one country, and the total failure to reach an agreement with two others, Argentina and Brazil.

According to the yearlong investigation, which relied on unnamed officials, Pfizer “bullied” nations during talks.

“They said that Pfizer had been the most difficult company to work with, and the government felt that they had been bullied and held to ransom by Pfizer – that’s using the officials own words during these negotiations,” Madlen Davies, chief global health investigations correspondent at TBIJ, told Al Jazeera’s The Take podcast.

“The official said that Pfizer had this kind of good cop, bad cop negotiating team and the bad cop told them, ‘Why are you only buying this number of doses? People will die because of you, you should buy more.’ And the government felt this was very kind of strange behaviour,” Davies said.

A year into the coronavirus pandemic, which has killed more than 2.6 million people worldwide, nations are scrambling for access to vaccines – a key to saving lives and reopening battered economies.

But there is also growing evidence that wealthier nations have had unfair advantages.

The World Health Organization has called on wealthy countries not to “hoard” vaccines, and developing nations have appealed to them to share the scientific knowledge and technology so that developing nations can begin producing the inoculations.

But now there are also reports that mistreatment of developing nations is coming from pharmaceutical companies.

“Everyone we spoke to mentioned this one company [Pfizer] as the worst one to work with and the most bullish,” Davies said. “They said that Pfizer went even further – they asked them to put up their sovereign assets.”

Davies said Latin American countries were asked to put up federal bank reserves, embassy buildings or military bases as a guarantee against the cost of future legal cases stemming from unlikely adverse effects.

Under this arrangement, the government rather than the company would shoulder those legal costs.

“That was really shocking to me,” Davies said adding that this account was corroborated by multiple lawyers who said “this is not typical” and “is an abuse of power”.

Pfizer which collaborated with German drugmaker BioNTech to produce a COVID-19 vaccine that has been sold to dozens of countries worldwide will also supply 40 million doses to COVAX, the UN-supported programme responsible for equitable access.

Davies notes that out of the two billion doses the initiative requires, that number amounts to only 2 percent.

“The urgent and equitable rollout of vaccines is not just a moral imperative, it’s also a health security, strategic and economic imperative,” said WHO Director-General Tedros Adhanom Ghebreyesus.

“This agreement with Pfizer will help to enable COVAX to save lives, stabilize health systems and drive the global economic recovery,” he said in a statement.

Pfizer was the first vaccine to be given emergency authorisation in the United States. It has also been widely sold in Europe.

Latin American governments have instead turned to Russia and China for access to vaccines. In the region, only Chile has made significant progress in its campaign, with 30 percent of its citizens inoculated, according to statistics collected by the University of Oxford’s Our World in Data.

Brazil and Argentina have vaccinated only 5 percent and 3.9 percent, respectively. In Mexico, only 2.7 percent have received shots. Colombia, Bolivia, Peru and Ecuador have vaccinated only about 1 percent of their population. Other countries, such as Nicaragua, Honduras and El Salvador, have yet to start. 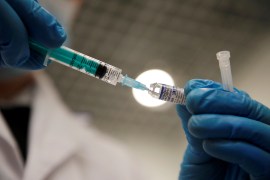 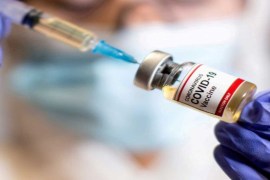 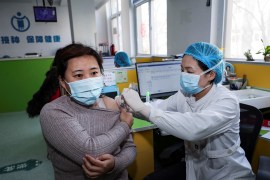