The country is located along the “Ring of Fire” – where about 90 percent of all earthquakes occur – and the massive tremor triggered a series of large tsunami waves that devastated its eastern coast. 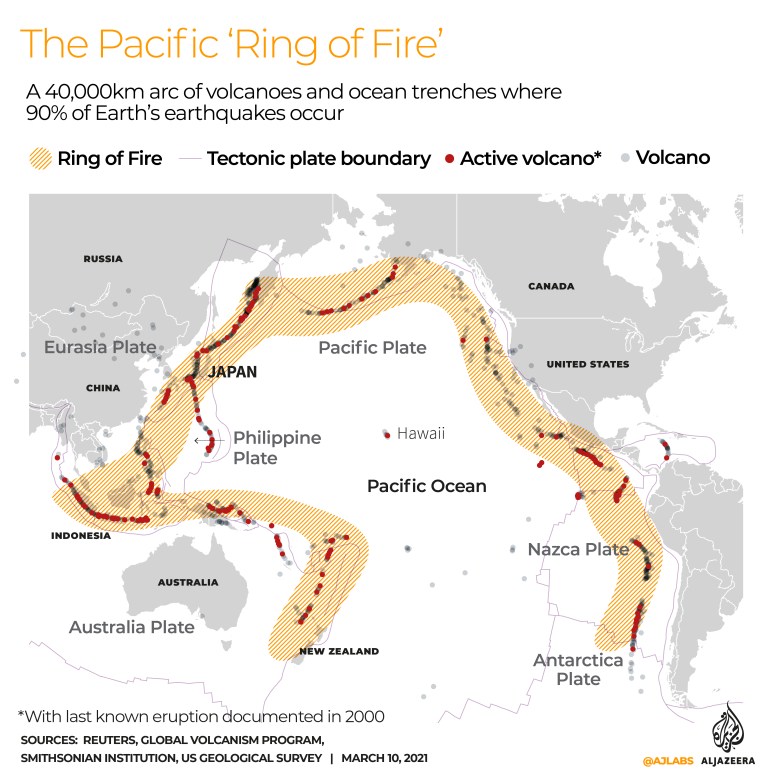 The 2011 Tohoku earthquake and tsunami natural disaster is one of the deadliest in Japanese history, with an estimated 19,500 people killed or listed as missing.

It is also one of the most destructive, causing the seafloor to move a few metres east and the coastline to submerged by half a metre (1.64 feet). 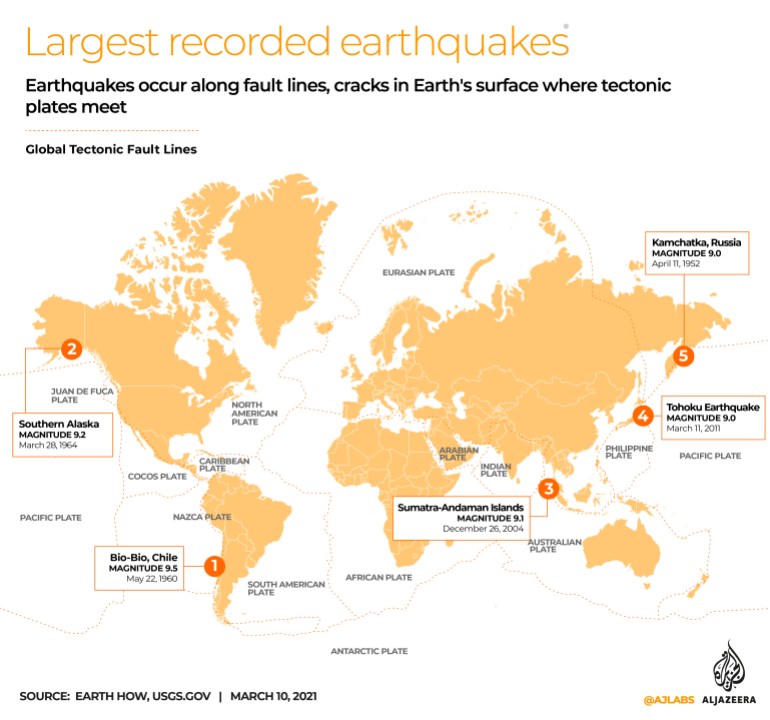 The ferocious waves flooded an area of about 560 square kilometres (216 square miles), sweeping away coastal cities and towns as well as vast areas of farmland. Up to one million buildings were destroyed, while nearly all the recorded deaths were caused by drowning.

The cost of the disaster to the Japanese economy is estimated at $188bn.

Along the path of the tsunami sat 11 operational reactors at four nuclear power plants, owned by the Tokyo Electric Power Company (TEPCO) in Fukushima prefecture. They automatically shut down when the earthquake – considered one of the most powerful ever recorded – struck.

About an hour later, huge waves breached the Fukushima Daiichi seawall, flooding the entire facility and disabling the generators that provided back-up power when the grid failed – essential to making sure the reactors did not overheat.

This led to nuclear fuel being melted and releasing radiation to the open environment and into the sea.

The government declared a nuclear emergency and ordered the evacuation of thousands of residents from nearby towns. Nearly 300,000 people were evacuated from their homes in the area surrounding the plants.

According to the World Nuclear Association, there were 2,313 disaster-related deaths among the evacuees, at least one due to radiation.

Today, there are about 1.25 million tonnes of radioactive seawater stored in 1,000 metal tanks on the grounds of the Fukushima Daiichi Nuclear Power station.

Cleaning up the still-radioactive nuclear facility is a challenging process that is expected to take 30 to 40 years. As of May 2020, TEPCO had spent $3.3bn on fuel debris removal at Fukushima. 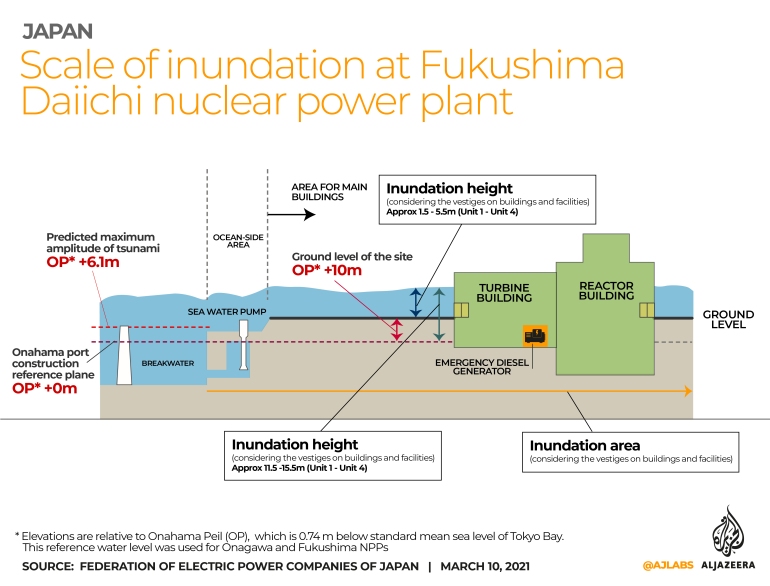 Prior to the Fukushima disaster, Japan was one of the world’s largest producers of nuclear energy, with 54 nuclear reactors supplying almost 30 percent of Japan’s electricity.

Currently, Japan has 33 operational reactors, while two are under construction and 27 have been shut down.

Following the disaster, the Japanese government began decommissioning many of the nuclear power plants, reducing its nuclear output. Power production switched to other sources, including coal, natural gas, oil and some renewable sources.

Despite low production of green energy compared with other sources, it has committed as part of the Nationally Determined Contribution to the Paris Agreement, to bring down carbon emissions by 26 percent (or more) by 2030 and increase renewable energy to 22-24 percent of its total energy mix by 2030. 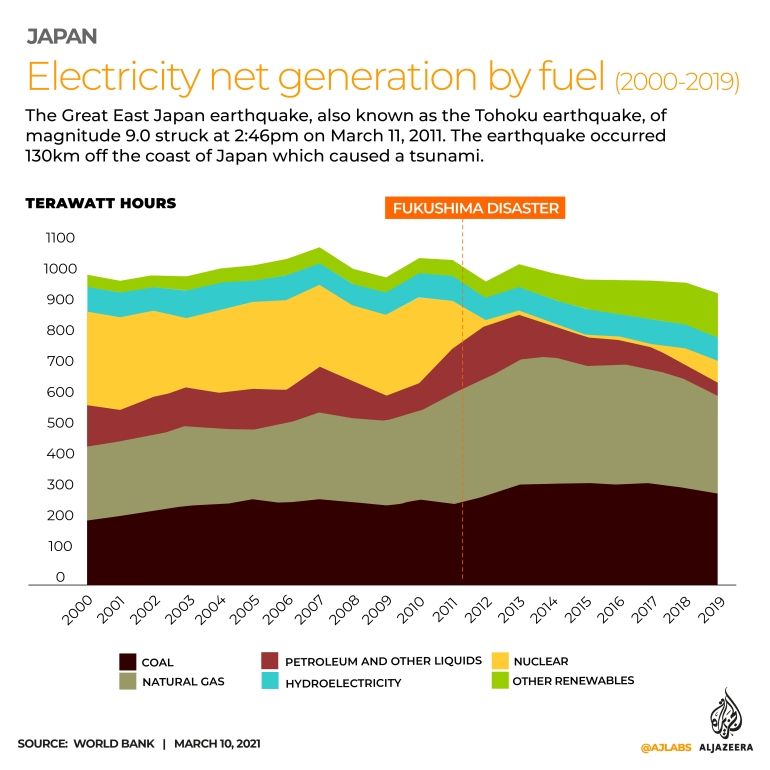 Nuclear energy provides 10 percent of the world’s electricity and is steadily increasing. As of 2019, 30 countries generated electricity from 440 nuclear power reactors. A further 55 reactors are currently under construction in 15 countries.