I’ll never forget the moment we arrived in the city of Natori.

Our crew had driven overnight from Tokyo following the earthquake. The sun was shining on a cold crisp morning.

As we got off the highway, we stopped to ask the chief at a fire station where damage from the tsunami was. He told us to drive down the street a few blocks and turn right.

Nothing could have prepared us for what we saw.

We were miles from the coast, but almost half the city of 80,000 had been levelled.

It was as if a giant hand had come up out of the ocean and pulled all the structures of Natori into the waters of the Pacific. What remained were stretches of mud and fragments of civilisation – overturned cars, splintered homes. As we set out on foot towards the coast, every now and then, we would see a limp hand or leg of someone who had been pounded by the waters or crushed in the rubble.

As we began reporting live, a big aftershock shook the ground. Sirens sounded, warning of yet another tsunami. We scrambled to the second floor of one of the only buildings that remained.  A few tense minutes and the sirens stopped.

It was a false alarm. There would be many in the days ahead.

‘The pain of loss’

Our reporting team travelled from one disaster-struck community to another – Otsuchi, Miyako, Minamisanriku, Ishinomaki.

Taro was a village that had been hit by tsunamis in 1611, 1896, and 1933.  As a result, residents had built a 10-metre high (32 feet) seawall to protect themselves. The tsunami of 2011 was 15 metres high (49 feet).  Homes looked like they had been tossed around in a washing machine and then haphazardly dumped.

It was on the remaining parts of the wall where we met Fusako Hatakeyama, a senior home caregiver. Her home was gone. Her neighbours and friends had all died. She was walking around the destroyed town aimlessly.

She asked us if we had a way to charge her phone battery so that she could tell her son, who lived in another part of Japan, that she was alive.

Hatakeyama would later move to the outskirts of Tokyo.  In following conversations she had with Aya Asakura, our producer, she would share of how, having lost her home and community, she felt so distant, so removed from Japanese society.

“The victims of the tsunami see that the country has moved on,” said Asakura, “but they still feel the pain of loss, and are still experiencing trauma”.

For those who have moved back, the government has embarked on an ambitious $13m plan to build what has been coined, “The Great Seawall” of Japan. It is a 400-kilometre (249-mile) wall with the highest sections standing at 15 metres (49 feet) tall.

The plan has been heavily criticised, with some in the coastal communities saying the wall is an eyesore and cuts them off from the ocean, which they have relied on to sustain their families for centuries.  The government says “protection” overrides such concerns.  Whether such a wall is sufficient is another matter.

For the most part, survivors have tried to move on.

When the tsunami washed over the town of Kesennuma, Kiyohide Chiba, a milkman, was swept into the black waters. He survived by hanging on to a styrofoam box. After several hours, he managed to climb onto a bridge, spending the night shivering in sub-zero temperatures. In the morning he learned his wife and two daughters had died. Only his nine-year-old son Eita remained.

When we met him at a temporary shelter, Chiba told us there was no time to grieve, he needed to pour all his time and love into supporting his son.

Between trying to rebuild his milk delivery business, he would spend his spare time playing baseball with him.  It was Eita’s favourite sport.  Chiba even tried to raise money to build a batting cage for him by launching a marketing campaign called “Yoghurt of Hope”.

In those first days, Eita struggled to describe how he was dealing with the loss of his mother and sisters.  He managed to say he hoped to honour them one day by helping rebuild his town.

Today, Eita is finishing high school in Tokyo and enrolling to study in the United Kingdom.  By going overseas, he says he hopes to find ways to forge new ties between his home town of Kesennuma and other cities around the world.  His pledge, born out of the devastation of March 11 is still very much within him.

All the destruction of that day was accompanied by another – unseen – fear.

The tsunami damaged three reactors at the Fukushima Daiichi power plant, causing an unprecedented meltdown and one of the world’s worst nuclear disasters, second only to Chernobyl.

I remember the heightened confusion and panic over radioactive contamination.

Spewing into the air from exposed reactors were deadly amounts of iodine-131 and caesium-134/137.  The government initially ordered residents to shelter indoors, only to announce it was setting up a 20-, then 30-, then 80-kilometre (49-mile) exclusion zone around the plant. With only a few hours’ notice, authorities ordered some 160,000 residents to pack up and abandon their homes, with no guarantee they could ever return.

In the weeks that followed the mass evacuation, many displaced families spoke to us of being treated as pariahs in the communities they had moved to. Some shared how their children were bullied in class, mocked as being “carriers of radiation”.

Ten years on, the fear has mostly subsided. And so too, the discrimination.

“Back then it was impossible to think we would ever forget the scale of the tragedy,” said Asakura.  She has taken media crews to the disaster region dozens of times since 2011.

“It was so pervasive, so large and present in our minds.  But now for many Japanese, it has become a distant memory.  COVID-19 is what we worry about now.”

In newspapers, the efforts of Tokyo Electric Power Company or TEPCO, the company in charge of decommissioning the damaged power plant and disposing the nuclear waste safely, are mostly relegated to a few small paragraphs in the back pages.

But Fukushima is not over.  The environmental threat caused by the nuclear meltdown remains.

Last year, TEPCO and the government announced it wants to release more than 1.25 million tonnes of radioactive water – equivalent to around 500 Olympic-size swimming pools – into the Pacific Ocean, saying it was running out of space to store it.  Environmental groups, along with the United Nations criticised the decision.

The radioactivity from Fukushima has already caused the widespread contamination of fish and has even been detected in tuna off the coast of California.

The announcement led me to think of Tadayoshi Tadokoro. In the months following the meltdown, I had joined him on his ship. Authorities had halted all fishing, so he and his men were getting some small financial compensation from the government in return for testing fish for radioactive caesium.

As we trolled opposite the nuclear plant, Tadokoro, who hailed from a proud line of fishermen, spoke of the financial hardship he and his family were experiencing.  He worried he would be the last generation to make a living off the sea in Fukushima.

The government has since allowed fish caught off the nuclear plant to again be sold in markets.  But the planned release of radioactive water will probably force those like Tadokoro to pull their fishing nets out of the waters yet again.

The government says this 10th anniversary will be the last year the tsunami will be commemorated.

While acknowledging the importance of moving on, communities along the northeast coast have expressed concerns about being forgotten.

Many are considering continuing to host their own ceremonies to honour the dead and, more importantly, to remind them of the lessons of this disaster.

Steve Chao was Al Jazeera’s senior Asia correspondent at the time of the triple disaster in Japan. The Emmy-nominated journalist is now a documentary filmmaker. 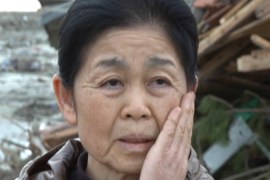 Disaster experts say next 48 hours critical to finding those missing after quake and tsunami. 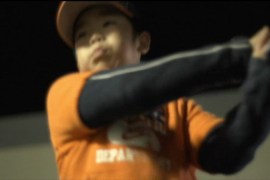 Bereaved father and son find it hard to cope with loss of loved ones in the wake of country’s worst natural disaster. 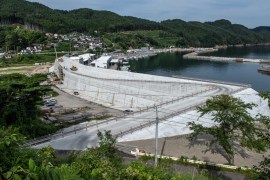 The Great Wall of Japan