Fighters believed to be from the notorious Allied Democratic Forces (ADF) have killed at least 10 civilians in two overnight attacks in the eastern Democratic Republic of the Congo (DRC), the army said on Sunday.

At least eight people were decapitated in the village of Boyo in the northeast Ituri province, while two others were shot dead in Kainama village by suspected ADF fighters, army spokesman Lieutenant Jules Ngongo said.

Soldiers were in pursuit of the attackers, he added.

Local officials confirmed the two attacks, adding that houses were also burned in the violence.

Kainama lies at the extreme north of North Kivu province, where it borders with Ituri. It is just five kilometres (three miles) from Boyo. Both provinces sit on the DRC’s border with Uganda to the east.

The ADF, which originated in the 1990s in western Uganda with the aim of creating a so-called “Islamic state”, have made their base in the eastern DRC since 1995.

While they have not launched raids into Uganda for several years, the group has been blamed for killing more than 800 civilians over the past year in both North Kivu and South Kivu provinces.

While the army has conducted operations against them in the region since October 2019, it has not been able to put a stop to the massacres of civilians.

After a period of relative calm in January, its fighters have stepped up attacks on civilians in Beni, North Kivu province, and Irumu, in Ituri.

But they are just one of dozens of armed groups that have been operating in the mineral-rich border region of the eastern DRC for decades.

One recent report by analysts at the Kivu Security Tracker estimated there were at least 122 armed groups active in the DRC’s four eastern border provinces, from north to south: Ituri, North Kivu, South Kivu and Tanganyika. 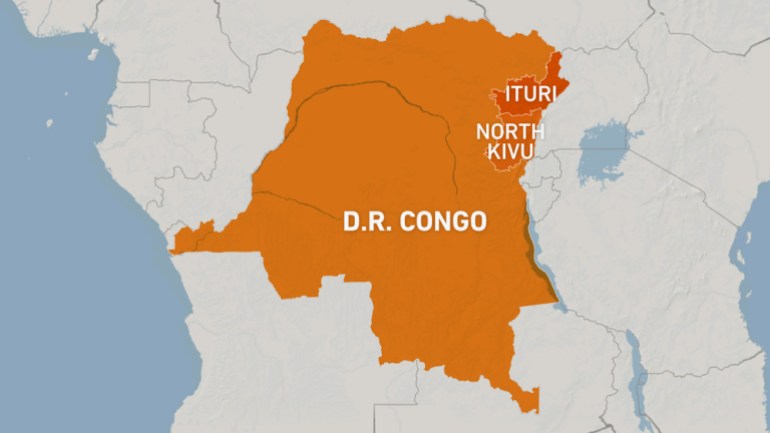