Dozens of prominent civil rights groups in the United States are urging US President Joe Biden to reimpose a moratorium on federal executions, saying the practice has disproportionally targeted Black people.

In an open letter on Tuesday, the organisations also called on the Biden administration to commute the sentences of the 49 inmates currently on federal death row.

“[W]e write to urge you to act on your promise of ensuring equality, equity, and justice in our criminal legal system by immediately commuting the sentences of all individuals under federal sentence of death, and reinstating the federal moratorium on the use of the death penalty,” the letter reads.

The signatories include the American Civil Liberties Union (ACLU), Amnesty International, and the Legal Defense and Educational Fund of the National Association for the Advancement of Colored People (NAACP LDF).

Biden, who took office on January 20, campaigned on a promise to address racial inequality and inequities in the criminal justice system. He also pledged to work on ending the federal death penalty.

Former President Donald Trump had promoted “law and order” during his time in the White House and after a 17-year hiatus, his administration resumed federal executions last year.

Thirteen federal executions were carried out during Trump’s term – more than under any other administration – and the last execution took place only four days before Biden took office. A female federal inmate was also executed last month for the first time since 1953.

“The execution spree we saw under Donald Trump was unprecedented, unlawful, and unjust,” said Cynthia Roseberry, the ACLU’s deputy director of policy.

“They senselessly spread COVID-19 and defied the laws and norms that were intended to act as guardrails,” she said in a statement accompanying Tuesday’s open letter.

Lisa Cylar Barrett, director of policy at the NAACP LDF, said the discussion on ending the death penalty cannot be separated from issues of race and racism.

“In six months, they killed two Black men who committed crimes as teenagers,” Barrett said in the statement.

“There is no way to extricate the federal death penalty from the racism that taints it, and the stakes here are life and death. We must end this system once and for all.”

Since taking office, Biden has reversed many of Trump’s policies on immigration and climate change, but it remains unclear what he will do regarding the death penalty.

In the letter, the civil rights groups also called on Biden to dismantle the Department of Justice’s execution chamber and to instruct prosecutors who work for the Justice Department to no longer seek the death penalty. 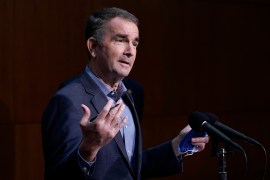 Ralph Northam backs legislation to abolish the death penalty in US state of Virgnia as federal executions continue. 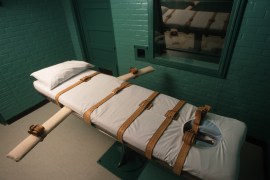 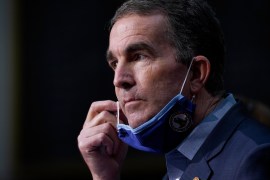