The Navajo Nation announced on Tuesday it will receive about 29,000 additional doses of COVID-19 vaccines as the tribal area continues to outpace the broader United States in delivering jabs.

Navajo Nation President Jonathan Nez said that as of Sunday, the Navajo Area Indian Health Service (NAIHS) delivered 74,048 of the 78,520 vaccine doses it had received, a 94 percent rate. Nez said the goal is to administer 100,000 doses by the end of February.

Dr Loretta Christensen, chief medical officer of the NAIHS, told Al Jazeera the Navajo Nation has been “very good with what we have received and we’ve been very efficient and timely in using that vaccine”.

The success comes in administering the vaccine due to planning and high-level cooperation, Christensen said.

“We started our COVID vaccine planning group including everybody – tribal, federal, urban – months ago” and “to our advantage, we were at least given a good amount of vaccine, we can handle quite a bit more.”

The NAIHS rolled out the vaccine by following CDC guidelines and building trust between healthcare providers and the public, Christensen said. Socially distanced “community vaccination events” where the elderly could receive the jab in a drive-through have also helped.

Pete Sands, who works with the Utah Navajo Health System (UNHS), told Al Jazeera the UNHS is helping with “weekly” drive-through vaccinations in the Utah section of the tribal lands and “vaccinations are going as fast as we can”.

The Navajo Nation, an area larger than West Virginia spread across four states that effectively serves as a reservation for its population of roughly 170,000 people, was hit hard by the pandemic last year.

The area has seen centuries of neglect, according to tribal leaders. There are only 13 supermarkets. Roughly 30 percent of homes are without running water and people must source it from wells.

These aspects of life on the Navajo Nation make it a challenge to meet public health guidelines to prevent the spread of the virus, including social distancing and handwashing.

“We deal with a lot of health disparities and health inequity generally speaking, and certainly during the pandemic it had made the effect of the pandemic much more severe”, Christensen said.

To mitigate those challenges, Navajo authorities started shelter-in-place orders and overnight curfews, which remain in place, and began administering the vaccine in December.

Since then, infections have shown a steep decline, according to Navajo Nation data.

There were 243 reported infections on January 13. The Navajo Nation reported 40 new cases on February 8.

There have been 28,937 confirmed cases and 1,060 deaths as of Monday, according to the Navajo Nation’s tally.

Among those deaths was former Navajo Nation President Albert Hale, 70, who died on February 2.

Christensen said Nez “worked diligently” to get the disaster declaration signed and that it will provide the Navajo Nation with more assistance to administer the vaccine.

Another 82 federal personnel will be sent along to help with the additional vaccines, which will comprise 26,000 extra doses of Moderna’s and 2,925 Pfizer vaccines.

“We’re ready for more any time it comes, we’re happy and grateful to get it,” Christensen said. 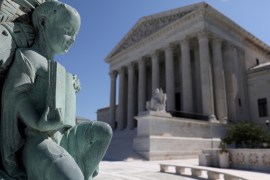 US Supreme Court ruled about half of Oklahoma is an Indian reservation, scholars say Congress can take that away. 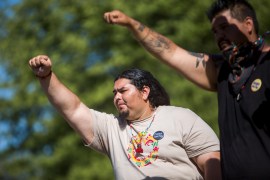 US to approve Arizona mine land deal Indigenous group opposes

Native American tribe says the mine would destroy land considered the home of religious deities. 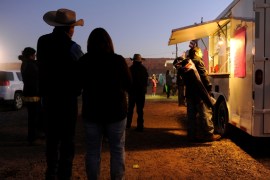 Navajo Nation: Fears of hunger as COVID-19 lockdown to intensify