Tehran, Iran – A member of Iran’s armed forces was involved in the November assassination of the country’s top nuclear scientist Mohsen Fakhrizadeh, according to the intelligence ministry.

“We can’t conduct intelligence work in the area of armed forces,” he added.

Fakhrizadeh was assassinated in broad daylight in late November when he was driving a car with his wife in Absard, a city in Tehran province.

Officials had said Israel carried out the attack using a satellite-guided artificial intelligence-controlled machine gun mounted on the back of a pick-up truck that later exploded.

Israel did not officially respond to the accusation, but Prime Minister Benjamin Netanyahu had claimed in 2018 that Fakhrizadeh headed a secret nuclear weapons programme.

“Remember that name,” Netanyahu had said at the time, in reference to Fakhrizdaeh.

Iranian officials said Fakhrizadeh was a deputy defence minister at the time of the assassination and worked on “nuclear and missile defence”.

Iran has repeatedly denied it ever had a nuclear weapons programme.

According to Alavi, the intelligence ministry had warned Iran’s security apparatus of a threat against Fakhrizadeh two months before the attack took place and had even identified the location where the assassination would take place five days before, but did not know the time.

“We requested a person from them [the armed forces] to come sit down and work on the issue but unfortunately the incident happened before they could introduce a representative and we could work on it,” the minister said.

Reporting by Maziar Motamedi in Tehran 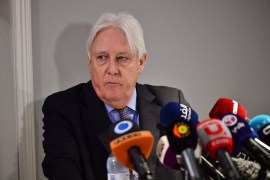 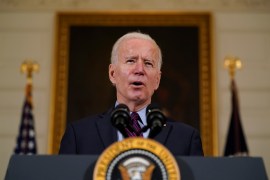 US and Iran remain at an impasse over which country will make the first move in returning to the 2015 deal. 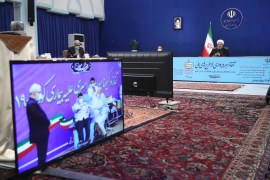