Women in Kuwait are defying conservative norms and a culture of “shame” to speak out against harassment for the first time, in a social media campaign sparked by a popular fashion blogger.

Dozens of testimonies about being stalked, harassed or assaulted have emerged online, mainly from the Instagram account “Lan Asket”, Arabic for “I will not be silent”. Statements came from Kuwaiti citizens as well as expatriates, who make up a large sum of the total population.

Kuwaiti fashion blogger Ascia Al Faraj, who has more than 2.5 million social media followers, said in an explosive video uploaded last week that there is a “problem” in the country.

“Every time I go out, there is someone who harasses me or harasses another woman in the street,” she said in the emotionally charged video uploaded after a vehicle sped up to “scare” her while she was walking to her car.

“Do you have no shame? We have a problem of harassment in this country, and I have had enough.”

Faraj’s video sparked a nationwide movement in a country where the #MeToo campaign that took off in the United States in 2017 did not make much of an impact.

Radio and TV shows have hosted activists, lawyers and academics to discuss the issue of harassment and the US embassy in Kuwait also threw its weight behind the women.

“A campaign worth supporting. We can all do more to prevent harassment against women, whether in the US or in Kuwait. #Lan_asket,” it said in a tweet last week.

The embassy also tweeted a striking graphic that illustrates the campaign – images of three women, one unveiled, one with a headscarf and another with her face covered – and bearing the slogan “Don’t harass her”.

A campaign worth supporting. We can all do more to prevent harassment against women, whether in the U.S. or in Kuwait. #Lan_asket pic.twitter.com/snbmhjXj3b

Activists have also emphasised that foreign women who make up a large portion of the Kuwaiti population, many in menial roles, are among the most vulnerable to assault and abuse.

“As soon as I opened the account, the messages started to pour in … from women and girls that have experienced verbal, physical and sexual harassment,” she told the AFP news agency.

“Silence is no longer an option. We must speak up, unite and defend each other because what is happening is unacceptable.”

Faraj said in another video uploaded later that week that she had also received “intense stories” by Indian, Pakistani and Filipina women working in Kuwait.

“The expat community here is incredibly vulnerable and are sometimes harassed at a level that Kuwaiti women will never understand,” she said.

While there has been tremendous support online, the movement has also faced a backlash from conservative voices who say women should simply dress conservatively to avoid harassment.

“If you have nothing good to say, or nothing of substance to add to this discussion … then do not add,” Faraj said in a video posted on her Instagram account.

“We are working towards something that is of benefit to us all,” she said, adding that it is better for everyone in society – men included – if they had access to a way to report sexual harassment in the country.

Meanwhile, Rothna Begum, a senior researcher at Human Rights Watch, said women were coming to the fore in a society where, like many in the Middle East, police often do not take such abuses seriously and the fear of bringing shame to families silences many.

“These accounts being published are incredibly important to give Kuwaitis a sense of what harassment actually looks like and the terrible harm it causes,” she told AFP.

The Arabic word “ayb”, or shame in English, is a common term in the region used in various contexts.

According to Shamo, “going to the police station is ‘ayb’ and talking about harassment is ‘ayb’” in the local culture.

“As soon as a woman starts to speak about being harassed, the questions from family members start: What were you wearing? Who were you with? What time was it?”

But Kuwaiti women are pushing the boundaries of their society, considered one of the most open in the Gulf region, and where a law against harassment exists on the books, but where discussions about gender-based violence remain taboo.

Lulu Al-Aslawi, a Kuwait media personality whose Instagram feed features her in glossy fashion shoots, said she has been bullied online for the way she dresses.

“Girls don’t speak up over fears of being stigmatised, but we will not stop until we overcome this cancer in society,” she told AFP.

After legislators and constitutional lawyers battled it out in parliament on Tuesday, Kuwait’s women will have to wait another two weeks to see if they are to be granted partial electoral rights.

Kuwait’s parliament has approved a law allowing women to vote and run for the first time in municipal elections in the Gulf Arab state. 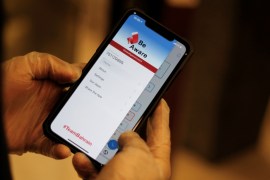