Protesters around the world have taken to the streets in recent weeks to reject government-imposed COVID-19 lockdowns, as countries race to vaccinate their most vulnerable groups and stem the spread of new variants of the coronavirus.

With vaccination campaigns under way across dozens of countries, several governments have reintroduced or extended harsh restrictions on travel, businesses and much of public life to contain the virus.

Since the start of the year, widescale anti-lockdown demonstrations leading to arrests have taken place in cities across Europe, North America and the Middle East, the latest in a wave of demonstrations that first erupted in March last year, when governments initially imposed restrictions.

In the Netherlands, there were more than 500 arrests nationwide in relation to violent protests against the introduction of a lockdown and nighttime curfew in late January, the first in the European country since World War II. Last weekend, anti-lockdown protests took place in Belgium, Austria, Hungary, France, Spain and Denmark.

Demonstrations have taken different forms from country to country, but experts have identified some common factors motivating protesters around the world.

Lockdowns have been financially devastating for millions of people who have been unable to work and lost their incomes. According to the International Monetary Fund (IMF), unemployment has soared across major economies since the beginning of the pandemic. The IMF estimates that the global economy shrank by 4.4 percent in 2020, the worst decline since the Great Depression of the 1930s.

Governments in Western countries have cushioned the blow by providing some relief for those who are unable to work remotely and businesses which have been forced to close. Some recent protests in Europe have focused on supporting specific sectors of the economy, including the hospitality and cultural sectors, which have been badly hit by lockdowns.

But the financial impact of lockdowns has been felt most acutely in developing economies, where people are less likely to be able to work remotely and individuals and businesses are less likely to have sufficient savings to cover for losses.

Lebanon was already suffering a financial and economic crisis when the pandemic struck and its economy is expected to contract by 19.2 percent in 2020 and a further 13.2 percent this year, according to the World Bank.

After the government imposed a strict lockdown in January, protesters poured into the streets of Tripoli demanding the government provide more financial support for citizens.

“We are angry, the government has taken us to the limit,” Yahya al-Hassan, a doctor who took part in the Tripoli protests, told Al Jazeera.

“They decided to impose a lockdown without providing any help or support.”

Financial hardship has also fuelled protests in Latin America, with protests taking place in Peru and Mexico in recent weeks after lockdowns were imposed.

The Mexican economy shrank 8.5 percent in 2020, according to official statistics, the largest single-year decline since 1932, and the second consecutive year of economic contraction.

Last year, Mexico saw several protests against the lockdowns from retail and hospitality workers and street vendors. The demonstrations resumed in January, when restaurant employees in Mexico City protested against a renewed lockdown and some businesses reportedly opened in defiance of the restrictions. Renewed protests were held in the city on Thursday.

“[In Mexico City] many of the people that have protested go out due to economic [distress],” said Marissa Torres, a psychologist and a master in Gestalt in Mexico.

“[Many] people want to go out to work, to sell, to work in their businesses, [many] people live day by day, they don’t have savings, they are being left homeless, with debts, [so they respond by] protesting.”

Dr Joshua Klapow, a clinical psychologist, told Al Jazeera that the protests and unrest are being partly fuelled by protesters’ sense of a lack of control and distress at the disruption to their lives caused by the lockdowns, as well as confusion over the risks posed by the virus.

“When people feel like they don’t have control over a situation, or when they feel uncertainty, they tend to become more distressed,” Klapow said.

“The other [part] that is also challenging is that this virus is so variable for so many people, and mimics in so many ways illnesses that we are used to having and recovering from.

“That creates a lot of or misinterpretation about risks. What a lot of people are trying to reconcile with is, why are you restricting my life when this is no worse than something we’re all used to,” he added.

Since the beginning of the pandemic, health misinformation has spread online. Conspiracy theories relating to the origins of the virus, possible remedies and measures designed to contain its spread have been shared and viewed around the world.

Some political leaders including former US President Donald Trump and Brazilian President Jair Bolsonaro have used their vast reach on social media platforms to amplify misinformation, casting doubt on the expert advice of their countries’ health officials.

Misinformation has also manifested at lockdown protests, where diverse groups of people, including conspiracy theorists and so-called anti-vaxxers, who oppose the use of vaccines, have sought to exploit the uncertainty around the virus and the vaccines as an opportunity to boost their support.

Many of the conspiracy theories that have proliferated follow one of the two broad, unfounded narratives. The first is that COVID-19 is a hoax, the disease does not exist or is no worse than the seasonal flu, and governments have manufactured the crisis to boost their power. The second is that the virus was intentionally released as part of a plot by governments and businesses to increase their power.

Meanwhile, some conspiracy theories have adapted pre-existing ideas promoted by anti-vaxxers, including the baseless notion that vaccinations are part of a government plot to control people.

A recent UK survey conducted by the University of Bristol and King’s College London found that 8 percent of respondents believe that “Bill Gates wants a mass vaccination programme against coronavirus so that he can implant microchips into people”.

Klapow stressed the importance of governments providing clear and consistent messaging around the coronavirus, lockdowns and the vaccines to build trust among residents.

“Lack of consistency, uncertainty, and belief or trust in the messenger are universal factors. All of that breeds distress and anxiety in human beings,” Dr Klapow said.

“What changes are those factors, so how much uncertainty is there from one country to another, how restrictive … or … severe is the message, and where is the message coming from and do we trust that message?” he added. 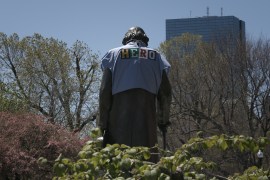 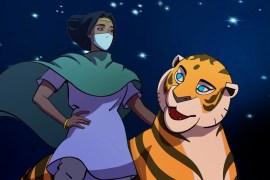