Israeli Prime Minister Benjamin Netanyahu says he will postpone a trip to the United Arab Emirates and Bahrain planned for next week due to Israel’s COVID-19 lockdown.

“Despite the importance of the trip to [UAE capital] Abu Dhabi and Bahrain, Prime Minister Benjamin Netanyahu has decided to postpone the visit at this stage due to the closing of the skies,” a statement from his office said on Thursday.

“Prime Minister Netanyahu very much appreciates the invitations of Crown Prince Sheikh Mohammed bin Zayed and King of Bahrain Hamad bin Isa Al-Khalifa and the historic peace that has been established between our countries.”

The closure is due to expire on Sunday, but members of Netanyahu’s government were to meet on Thursday to debate a possible extension of the “closed skies” and other lockdown measures.

Netanyahu had scheduled trips to the UAE before but they were delayed by political turmoil and the coronavirus pandemic.

Lower-level officials and business leaders have made visits between the countries both before and after the announcement of normalisation plans in August.

The deals broke years of consensus among most Arab states that have said any official recognition of Israel is conditional on ending the occupation of Palestinian territories and establishment of the two-state solution based on the 1967 borders.

Before then, only two Arab countries had established official ties with Israel – Egypt in 1979 and Jordan in 1994.

The Palestinian Authority (PA), based in the occupied West Bank, quit its chairmanship of Arab League meetings in protest and recalled their ambassadors to the UAE and Bahrain.

Israel and the two Gulf states share a desire to combat Iran’s influence in the region and have touted the potential for cooperation on investments and technological innovation.

The outreach – taking place both publicly and privately – coincides with foreign policy reboots in the Gulf and Washington. 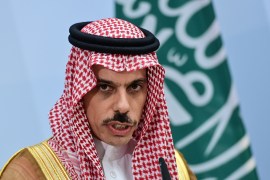 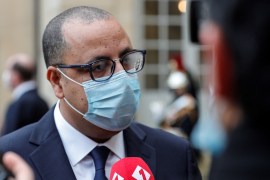 Normalisation with Israel ‘not on agenda’, says Tunisian PM

Hichem Mechichi says his country respects Morocco’s choice to establish relations with Israel but will not follow suit. 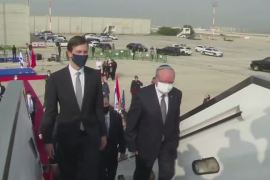