Police in Kazakhstan has detained dozens of protesters who were calling for the release of political prisoners in line with a resolution passed by the European Parliament.

Government opponents on Sunday were attempting their first protest since the resolution called for the European Union to prioritise rights in its relations with Kazakhstan, saying there had been a “worrying deterioration” in the oil-rich country.

Roughly 50 protesters were detained in the largest city Almaty before they could gather near a city park, where the internet appeared to have been shut down.

Several of the protesters shouted “freedom to political prisoners” as they were manhandled into waiting vans.

“Nazarbayev, go away,” chanted some more protesters, referring to Kazakhstan’s influential ex-President Nursultan Nazarbayev, who has retained sweeping powers since he resigned almost two years ago and helped to ensure the election of a hand-picked successor.

The ruling Nur Otan party has dominated the political scene in the former Soviet republic for almost three decades while opposition movements – sidelined and with no seats in Parliament – mostly make themselves heard through public protests.

The Central Asian nation’s new President Kassym-Jomart Tokayev has styled himself as a reformer and last year signed off on a law easing restrictions on public assembly.

But the European Parliament’s non-binding February 11 resolution said “systemic shortcomings in relation to respect for freedom of association, assembly and expression” persisted.

The state prosecutor warned on Friday that anyone attending the protests – called in cities across the vast country – could face administrative detentions of between 20 and 50 days for joining unauthorised rallies.

In a Facebook post on Saturday, Ablyazov, who fled the country in 2009, called on Kazakhs “not to stay on the sidelines when democracies are ready to support the people of Kazakhstan in the fight against dictatorship”.

The former bank chief, who is wanted for embezzlement and organising the murder of a banker in Kazakhstan, was granted asylum by France.

He insists the criminal cases are politically motivated retribution for his opposition to former President Nazarbayev, who remains a powerful figure and is close to Russian leader Vladimir Putin. 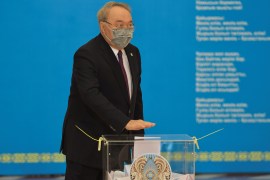 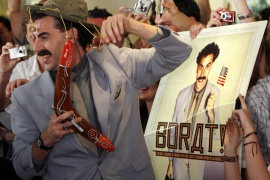 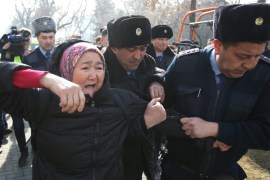