One of Haiti’s most powerful gang leaders, Arnel Joseph, escaped from a prison in the outskirts of the capital Port-au-Prince during a riot that left several people dead, authorities told local media.

“Division inspector Paul Hector Joseph, who is in charge of the civil prison of Croix des Bouquets, was killed in the prison,” Gary Desrosiers, the spokesperson for the Haitian national police, told AFP news agency on Thursday.

“Multiple prisoners have escaped,” he added, without specifying the number.

Before his arrest, Joseph was the most-wanted gang leader in Haiti.

During the escape, at least six people were shot dead in the streets near the prison, an AFP photographer observed. The victims’ identities could not be determined.

Around midday, inmates at the prison in the heart of downtown said they heard bursts of gunfire.

Employees at second-hand clothing stores located in a market adjacent to the prison told an AFP photographer that they were forced to give their merchandise to the escaped prisoners.

A large police force was mobilised to the prison, regaining control of the building in the afternoon.

Haiti’s Prime Minister Joseph Jouthe told Le Nouvelliste newspaper that authorities have retaken control of the prison, which was also the site of a considerable prison break in 2014, during which hundreds of prisoners escaped. 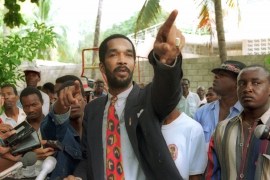 Emmanuel ‘Toto’ Constant has been accused of atrocities including the killings at least 3,000 between 1991 and 1994. 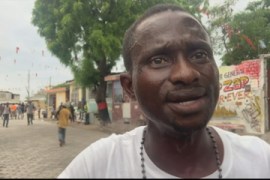 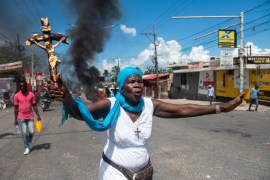