China’s President Xi Jinping has declared “complete victory” in his government’s effort to eradicate rural poverty, lifting the income of nearly 100 million people over the past eight years.

The Chinese leader made the announcement at a ceremony in Beijing on Thursday to mark what has been described as a signature initiative of his tenure.

Reports say the government is also trying to frame the economic achievement as Xi’s gift to the nation as it celebrates the 100th anniversary of the ruling Communist Party in July.

Over the last eight years, an estimated 98.99 million people in the countryside have been lifted out of extreme poverty, according to officials.

All of China’s 832 impoverished counties and 128,000 of its villages have also been removed from the poverty list.

Since the launch of the reform and opening up in the late 1970s, 770 million poor rural residents have overcome privation based on China’s current poverty line.

In comparison, the World Bank poverty line is pegged at $693.5.

China also said that it has contributed more than 70 percent of global poverty reduction over the same period.

In a policy pronouncement on Sunday, China pledged to stick with its poverty alleviation policies, while making some adjustments for a five-year transition towards what Beijing calls “rural revitalisation”. 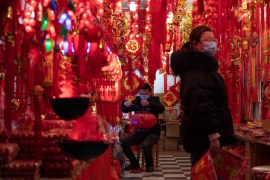 A recent resurgence in coronavirus cases in China has prompted authorities to curb travel ahead of Lunar New Year. 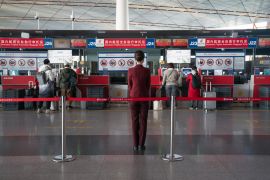 Some airlines offer cheap fares but about 10 percent of flights are cancelled over the coming two weeks, data show. 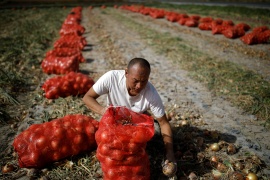 China’s ‘No 1 document’: Beijing steps up focus on food security