The prime minister of the Central African Republic (CAR) has said pro-government forces seized a stronghold of former President Francois Bozize, who was accused in December of plotting a coup amid fresh unrest in the country.

“I hail the capture of the town of Bossangoa by our forces and allies today,” Firmin Ngrebada said on Facebook, referring to a key pro-Bozize town 280km (175 miles) north of the capital, Bangui.

“Allies” is a term used by the CAR’s government for Russian paramilitaries and Rwandan troops who are supporting the beleaguered authorities against rebel groups.

A senior government official, who spoke to AFP news agency on condition of anonymity, said “fighting is still ongoing” but “resistance has been broken, the enemy is fleeing”. 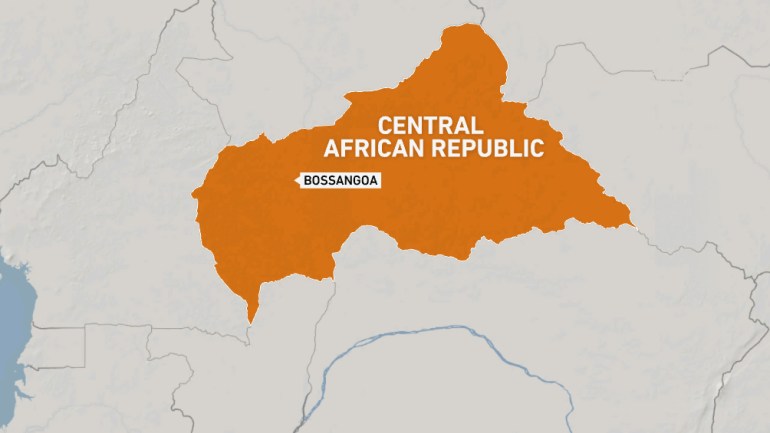 In mid-December, six armed groups joined forces under the name of the Coalition of Patriots for Change (CPC) to launch an offensive against President Faustin Archange Touadera, just more than a week before presidential and legislative elections. The government said they had acted in concert with Bozize.

Russia and Rwanda flew in military personnel to shore up the CAR’s armed forces, and since January the government and its allies have gone on the offensive.

On February 17, the government said it had “completely liberated” Bambari, the CAR’s fifth biggest town, which is located in the centre of the country 380km (236 miles) from Bangui, and captured “numerous prisoners”. On February 20, it said it had taken Ippy, a village 475km (295 miles) northeast of Bambari.

The escalation of violence has led to a deterioration of the humanitarian situation in the mineral-rich country. At least 2.8 million people, more than half of the country’s population, need aid and protection, according to the United Nations.

On Tuesday, UNICEF said the surge in fighting has put education on hold for 50 percent of the children across the country.

“Since last December, the increase in violence has resulted in schools being forcibly shuttered, occupied or damaged in 11 out of 16 of the country’s prefectures, affecting one in two children,” UNICEF said in a statement on Tuesday.

“As of today, at least 26 schools across the country are still occupied by armed groups and 999 are non-operational as a result of fighting. Half the country’s children are out of school because of conflict,” the statement added.

One of the world’s poorest countries, the CAR has been locked in violence since 2013 when a former Seleka rebel alliance overthrew then-President Bozize. Anti-balaka militias struck back, and the country since descended into a spiral of violence that caused thousands of deaths and prompted about a quarter of the population to flee their homes.

The resulting war divided the country of almost five million people largely along religious and ethnic lines, with the ensuing chaos creating a hotchpotch of armed groups that still control large swaths of territory.

Bozize fled abroad after being toppled in 2013. He returned in late 2019 but was barred from running in the December 27 vote.

Touadera won re-election in the first round of the polls, according to official figures, but the turnout was just 35 percent as many voters were unable to cast their ballot.

Bozize denies giving any support to the six rebel groups, but the government on January 4 launched an inquiry into him for “rebellion”. 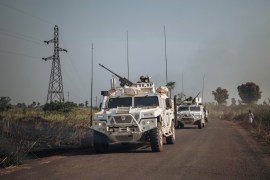 UN says 14 trucks reached Bangui after a 50-day blockade by rebels who cut off the city’s lifeline. 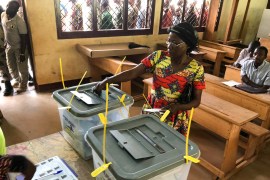 Presidential decree says first round of voting will also take place in constituencies where December poll was disrupted. 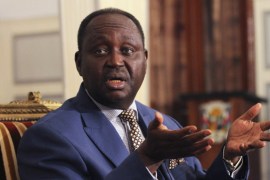 Francois Bozize did not satisfy morality clause due to international arrest warrant and UN sanctions against him.