Mohammad Javad Zarif said on Sunday after the US takes action to restore Iran’s 2015 nuclear deal with world powers through lifting sanctions, Tehran will want to negotiate on the damages it has suffered.

“When we meet, we will raise compensation,” Zarif told the Iranian state-owned news network PressTV in an hour-long interview.

Trump unilaterally abandoned the nuclear deal in 2018 and imposed harsh, comprehensive sanctions that targeted all the sectors of Iran’s economy.

According to Zarif, Trump reimposed 800 sanctions that were put on Iran before the nuclear deal and imposed 800 new ones, all of which need to be lifted before the US can return to the deal.

The diplomat said from other signatories of the nuclear deal, China and Russia have been Iran’s “friends” during the sanctions era, evidence for which are dozens of sanctions imposed on their individuals and entities.

But Germany, France, and the United Kingdom, the European signatories of the deal together known as the E3, have engaged in no tangible efforts to maintain their ties with Iran, Zarif said.

“The situation Europe has created for itself is that it has to wait for the US to make a decision. It lives at the behest and mercy of the US,” he said.

“Now, they should convince the US to come back [to the nuclear deal] at least to allow them … to maintain their dignity and allow them to fulfil their obligations. That’s not a tall order.”

‘We got what we wanted’

Iran’s foreign minister said if the US fails to lift sanctions, Iran will continue to boost its nuclear programme as per the law but will have no need to leave the Joint Comprehensive Plan of Action, as the nuclear deal is formally known.

One year after Trump imposed sanctions, Iran gradually scaled back its commitments under the deal.

But after top Iranian nuclear scientist, Mohsen Fakhrizadeh was assassinated in November, the conservative parliament passed legislation that obligated the government to start 20 percent uranium enrichment and increase the country’s stockpile.

“This is not a threat. We are simply exercising the remedial measures foreseen in the JCPOA,” he said, adding Iran is only after normalising economic relations with the world and does not want to engage in “nuclear extortion” as former US Secretary of State Mike Pompeo has claimed.

Instead, Zarif said, the US is engaging in extortion as it is still preventing Iran from buying food, medicine, and vaccines during the COVID-19 pandemic.

The foreign minister also said the US is still blocking Iran’s request for a $5bn loan from the International Monetary Fund to fight the pandemic and is still preventing other countries such as South Korea from paying back billions of dollars’ worth of Iran’s money.

Joe Biden’s administration, he said, is still continuing the “maximum pressure” campaign of Trump despite promising to restore the JCPOA.

However, Zarif said Iran will have no need to abandon the nuclear deal.

He also said Iran is now much less dependent on oil, so it can continue if the US fails to come back to the accord.

As part of the law passed by Parliament in December, the government of President Hassan Rouhani must end snap inspections of its nuclear sites by the International Atomic Energy Agency (IAEA) by Sunday since US sanctions have not been lifted.

However, since IAEA General-Director Rafael Grossi offered to visit Tehran to discuss the move, Iran postponed implementation to Tuesday.

Grossi met with Ali Akbar Salehi, the head of the Atomic Energy Organization of Iran, and Zarif on Sunday, but no details on the talks were released.

In his interview, however, Zarif said the decision to cut off the cameras installed by the IAEA in Iran’s nuclear sites is a technical one that will not be made by him.

“We will be required by law not to provide the tapes of those cameras to the IAEA,” the foreign minister added.

Grossi will hold a news conference in Vienna later on Sunday after leaving Tehran.

On Sunday, 226 members of Iran’s parliament signed a statement that emphasised Iran must stop voluntarily implementing the Additional Protocol, which provides broad inspection authority to the IAEA, starting on Tuesday.

Zarif conducted his interview with PressTV’s Marzieh Hashemi, an Iranian American journalist whose arrest and week-long detention in the US by the FBI sparked another diplomatic spat and increased tensions between the two countries. 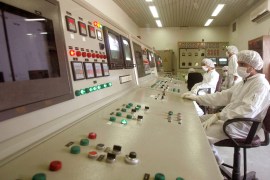 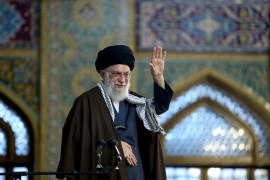