Serbia’s foreign minister has expressed dismay over Israel’s decision to recognise Kosovo, a former Serbian province whose statehood Belgrade denies, saying officials were “not happy” with the development.

The reaction came a day after Israel and Kosovo established diplomatic ties under a deal brokered by the United States, marking a victory for Pristina’s efforts to gain full global recognition of the independence it declared in 2008 following a war with Serbia in the 1990s.

“We have invested serious efforts in our relations with Israel in recent years and we are not happy with this decision,” Serbian foreign minister Nikola Selakovic told public broadcaster RTS on Tuesday.

Israel’s move will “undoubtedly influence relations between Serbia and Israel,” he said.

Most Western countries have recognised Kosovo, but its rejection by Serbia’s key allies Russia and China has seen it locked out of the United Nations.

Until Monday, Israel was another key holdout on Belgrade’s side.

Since establishing ties in 1991, the countries have maintained good relations with growing Israeli investment in the small Balkan state.

Turkey weighs in on embassy plan

In exchange for Israel’s recognition, Kosovo recognised Jerusalem as the capital of Israel, becoming the first Muslim-majority territory to do so.

Israeli Foreign Minister Gabi Ashkenazi on Monday confirmed he had approved Kosovo’s “formal request to open an embassy” in the city.

To date, only the US and Guatemala have opened embassies in Jerusalem, while Serbia, Malawi and Honduras have previously pledged to do the same.

“It is clear that any step towards this direction will not serve the Palestinian cause and undermine the vision of a two-state solution,” foreign ministry spokesperson Hami Aksoy said in a written statement on Monday.

Jerusalem remains at the heart of the decades-long Israeli-Palestinian conflict, with the Palestinian Authority (PA) insisting that East Jerusalem – illegally occupied by Israel since 1967 – should serve as the capital of a Palestinian state.

There is a global consensus against recognising Jerusalem as Israel’s capital until the Palestinian conflict is resolved.

In 2017, former US President Donald Trump shocked observers by saying the US would move its embassy from Tel Aviv to Jerusalem and recognise the latter as the capital of Israel.

The embassy move in May the following year was celebrated in Israel but roundly criticised elsewhere.

The new White House administration headed by President Joe Biden has said it will keep the US embassy in Israel in Jerusalem, and continue to recognise the city as Israel’s capital.

Under Trump, the US also brokered a number of deals to establish diplomatic relations between Israel and several Arab states, including the United Arab Emirates, Bahrain, Morocco and Sudan.

Those agreements, known collectively as the Abraham Accords, were condemned by many majority-Muslim countries.

But unlike Kosovo, the Arab parties to the Abraham Accords have all maintained that their diplomatic missions in Israel will be in Tel Aviv. 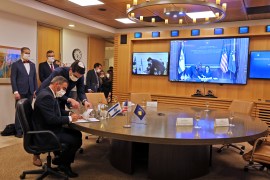 The global consensus is against recognising Jerusalem as Israel’s capital until the Palestinian conflict is resolved. 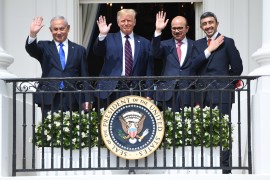 Trump went around Palestinians to get UAE, Bahrain, Israel accord 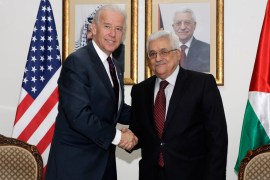