Srinagar, Indian-administered Kashmir – United Nations human rights experts have expressed concern over India’s decision to strip Kashmir’s limited autonomy in 2019 and the subsequent passing of new laws, which they warned “could curtail the previous level of political participation of Muslims and other minorities”.

The statement on Thursday came a day after nearly two dozen foreign envoys from African, European and Latin American nations visited the disputed region on a government-guided tour to assess the situation.

In August 2019, India’s Hindu nationalist government abrogated Article 370 of the constitution, which had given exclusive citizenship rights to the residents of the Muslim-majority region.

Thousands of Kashmiris were arrested, including pro-India politicians, and an internet blackout was imposed following the unprecedented political move. High-speed internet was restored only this month, ending one of the longest spells of internet shutdown in the world.

Since then New Delhi has changed land and domicile laws that Kashmiris fear are aimed at bringing demographic changes in the Muslim-majority region that has witnessed decades-long armed rebellion against Indian rule.

The new laws allow anyone from outside Jammu and Kashmir to buy land and property there, as well as apply for jobs in a region which suffers from high unemployment and economic stagnation, overturning previous bans on such actions.

The government claims the moves will bring development to the region.

“The state of Jammu and Kashmir was established with specific autonomy guarantees to respect the ethnic, linguistic and religious identities of its people. It was also the only state in India with a Muslim majority,” the Office of the High Commissioner for Human Rights (OHCHR) said in a statement released late on Thursday.

“The loss of autonomy and the imposition of direct rule by the Government in New Delhi suggests the people of Jammu and Kashmir no longer have their own government and have lost power to legislate or amend laws in the region to ensure the protection of their rights as minorities,” said Fernand de Varennes, Special Rapporteur on minority issues and Ahmed Shaheed, Special Rapporteur on freedom of religion or belief.

But the spokesman for India’s Ministry of External Affairs rejected the statement by the OHCHR saying it was “deliberately timed” to coincide with the visit of foreign envoys to Kashmir.

“The press release disregards the fact that Jammu and Kashmir is an integral and inalienable part of India, and the decision of August 5, 2019, regarding the change in the status of the state of Jammu and Kashmir into a union territory of India, was taken by the Parliament of India,” Anurag Srivastava was quoted by ANI news agency.

“It is deplorable that the SRs [special rapporteurs], after sharing their questionnaire on February 10, did not even wait for our response. Instead, they chose to release their inaccurate assumptions to the media,” he said.

“If someone is interfering in an inside matter that’s not acceptable. The democracy has strengthened in Kashmir, and the best example of that is the conduct of the grassroots local elections.”

The UN rights experts also pointed out that “the number of successful applicants for domicile certificates that appear to be from outside Jammu and Kashmir raises concerns that demographic change on a linguistic, religious and ethnic basis is already underway.”

“These legislative changes may have the potential to pave the way for people from outside the former state of Jammu and Kashmir to settle in the region, alter the demographics of the region and undermine the minorities’ ability to exercise effectively their human rights,” their statement said.

The statement added that the experts are in contact with the government on this matter.

Pro-Indian parties in Kashmir said that the government needs to respond to such serious statements by the UN.

“The government of India needs to respond to it,” Imran Nabi Dar, the spokesperson of National Conference (NC), a pro-Indian political party, told Al Jazeera.

“It is serious if these statements are coming internationally, the government looks out of place here,” he said.

Siddiq Wahid, a political analyst based in the region, however, expressed no surprise over the statement.

“The OHCHR has been following India for quite a while. I think the statement puts the lie to the government’s claims of ‘normalcy’ in Kashmir to a side.” 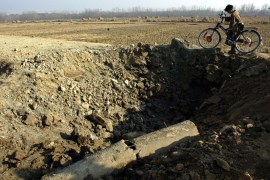 For those living along Kashmir’s Line of Control, landmines destroy lives and livelihoods. 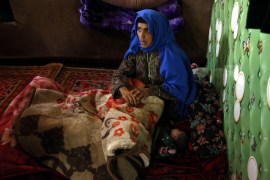 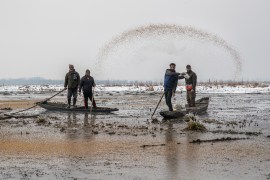