Volunteers have been rescuing thousands of cold-stunned sea turtles from the shores of the US state of Texas as a deadly cold wave in the region continues to cause power outages and water shortages.

About 4,700 sea turtles have been brought to a convention centre on South Padre Island since Monday, after the creatures, unaccustomed to the dramatic drop in temperature, washed ashore.

She told Reuters news agency that a normal winter season sees only between 100 and 500 sea turtles wash up on shore.

Ed Caum, executive director of the South Padre Island Convention and Visitors Bureau, told the Associated Press it was unclear how long the turtles would need to stay at the convention centre, as another approaching cold front means it could be days before temperatures are warm enough to return them.

“We’re trying to do the best we can to save as many turtles as possible,” he said, adding that power had been restored to the convention centre on Wednesday.

Video posted by Caum showed volunteers unloading turtles from trucks onto trolleys, and thousands of turtles filling nearly all of the floor space in the convention centre.

Volunteers on South Padre weren’t the only ones rescuing turtles from the cold.

On Wednesday, the Texas Game Warden’s office tweeted that it had rescued 141 turtles from the Brownsville Ship Channel and “surrounding bays” in the state’s southern tip of Cameron County.

Winter storms across the Midwest, Texas and parts of the south left nearly 3.4 million residents across the US without electricity on Wednesday.

In Texas, about 7 million people, a quarter of the state’s population, have been told to boil their water or stop using it entirely as homeowners, hospitals, and businesses grappled with broken water mains and burst pipes.

Critics have decried the widespread loss of electricity in Texas, attributing it to rampant deregulation that has allowed power companies to get away with not adequately preparing for cold weather events.

The cold snap has killed at least 21 people. 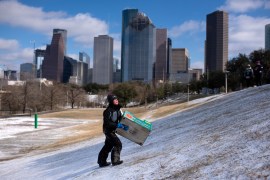 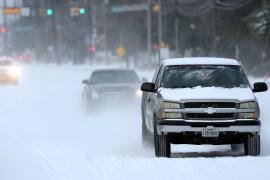 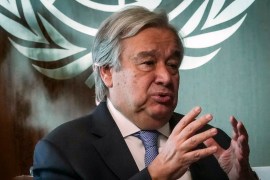 UN chief, climate envoy Kerry to mark US return to Paris accord