More than 11,000 Ebola vaccines are expected to arrive in Guinea’s capital Conakry on Sunday after the country declared an Ebola outbreak last week.

The World Health Organization’s regional director for Africa, Matshidiso Moeti, told reporters on Thursday that on top of 11,000 jabs expected to land from Geneva, a further 8,600 will be shipped from the United States.

Speaking to reporters at the same press briefing, Mohamed Lamine Yansane, a senior adviser to Guinea’s health minister, said that vaccines will be immediately distributed to start the vaccination campaign as early as Monday.

“We are strongly supported by the experience gathered during the first wave of the Ebola epidemic,” said Yansane, referring to the outbreak that lasted from 2013-16.

Guinea declared an Ebola epidemic on February 14 after seven people fell ill with diarrhoea, vomiting and bleeding after attending a burial in Goueke, near the Liberian border. So far five people have died from the disease.

Authorities and international organisations are moving fast to assist Guinea to avoid a further spread of the disease, with more than 100 experts expected to be on the ground by the end of the month, according to Moeti.

The UN health expert also stressed that it was “not likely at all” that Guinea would experience a similar situation as it did during the previous Ebola outbreak, thanks to the country’s response capacity built from the past, and swift coordination with other African countries.

The current outbreak is the first since a 2013-2016 epidemic – which began in Guinea – left 11,300 dead across West Africa. Most cases were in Guinea, Liberia and Sierra Leone.

As the first detected case was in a bordering area, Moeti said that neighbouring countries were on heightened alert for possible cross-border infections.

On Sunday, Liberia’s President George Weah ordered health authorities to increase the country’s surveillance and preventive activities in the wake of the outbreak in its neighbouring country.

Guinea’s outbreak was declared a week after the Democratic Republic of the Congo (DRC) reported a resurgence of the virus in Butembo, the epicentre of a previous outbreak that was declared over last June. The country started an Ebola vaccination campaign on Monday.

The 2013-2016 spread sped up the development of the vaccine against Ebola, with a global emergency stockpile of 500,000 doses planned to respond quickly to future outbreaks, Gavi, The Vaccine Alliance said in January. 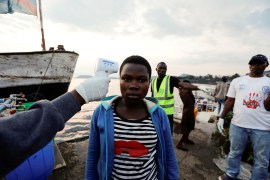 The WHO is working with the DRC gov’t to control the outbreak, more than 100 contacts of the deceased traced so far. 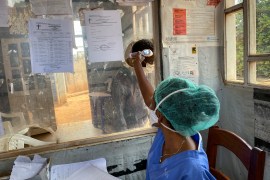 Case found in Butembo, epicentre of a major outbreak that was declared over last June after nearly two years. 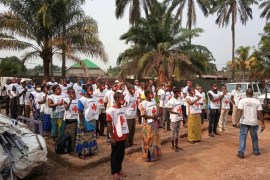 The latest Ebola outbreak in the DRC is over

What does the successful fight against Ebola in the DRC teach us about tackling COVID-19 and other future outbreaks?