New Zealand has announced that it will withdraw its last remaining troops from Afghanistan by May, concluding a 20-year deployment that was the country’s longest-running one.

“After 20 years of a NZDF presence in Afghanistan, it is now time to conclude our deployment,” she said in a statement.

“The deployments to Afghanistan have been one of the longest running in our history.”

New Zealand had deployed more than 3,500 defence and other agency personnel to the country since the US-led invasion in 2001.

The numbers of forces deployed has been steadily reduced in recent years.

Ardern’s statement said the decision to end the deployment had been discussed with “key partners”.

“New Zealand will continue to be supportive of the Afghan Government and its people in the years to come, including as they work through the intra-Afghan peace process in an effort to resolve the decades-long conflict.”

“We’ve supported regional security, and helped to improve the lives of the people of Afghanistan, particularly in Bamiyan Province.

“Another important element of New Zealand’s support for Afghanistan has been our contribution to training and mentoring a new generation of officers in the Afghanistan Army.”

New Zealand’s deployment in the war-torn country was not without controversy.

Last year, investigators in New Zealand concluded that the country’s military repeatedly misled government ministers and the public for years over civilian casualties in a deadly special forces raid in Afghanistan 10 years ago.

Operation Burnham was carried out by New Zealand troops and allied forces in Afghanistan’s Tirgiran Valley on August 21-22, 2010. An inquiry was launched in 2018 after the publication of a book, which said the operation resulted in civilian deaths.

Most of the Kiwi troops were assigned in Bamiyan Province, with 10 people killed in the line of duty.

NATO Secretary-General Jens Stoltenberg said this week that the alliance would not withdraw troops from Afghanistan “before the time is right”.

Defence ministers from the Washington-backed allies are to meet this week to discuss the future of the 10,000-strong mission, which is mostly carrying out support roles.

Washington struck a deal with the Taliban last year to withdraw all US forces by May in exchange for security guarantees but that agreement is being reviewed by the administration of President Joe Biden given the surge in violence. 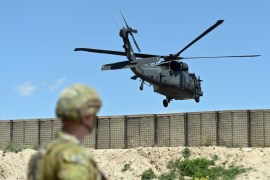 Inquiry criticises military for dismissing claims that civilians were killed during operation in Tirgiran Valley. 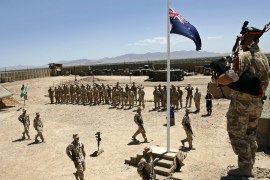 Australians continue to believe they are fighting a good war in Afghanistan, despite mounting evidence to the contrary.