By Maziar Motamedi
Correction18 Feb 2021
The article has been updated after Indian navy denied its participation in the two-day drill.

Tehran, Iran – Iranian forces have concluded a two-day naval exercise with Russia in the northern part of the Indian Ocean.

Forces and vessels from the navy divisions of both the Iranian army and the Islamic Revolutionary Guard Corps (IRGC) participated in the drill, which kicked off on Tuesday, alongside several vessels from the Russian navy.

Admiral Gholamreza Tahani, spokesman for the drill, said the exercise his country was conducting with Russia was flexibly designed to allow several other countries to join it at any time, adding that the Indian navy had requested to join.

Hossein Khanzadi, commander of the Iranian navy, had said the Chinese navy would participate in the drill over an area of 17,000 square kilometres (6,500 square miles).

But on Thursday, an Indian news website, timesnownews.com, carried a statement by the Indian navy denying New Delhi’s participation in the naval exercise.

Participation of China also could not be confirmed, and Tahani, spokesman, did not mention Beijing and New Delhi as the exercise concluded on Wednesday.

The exercises will include shooting at sea and air targets and liberating hijacked ships, as well as search-and-rescue and anti-piracy operations. Iran says it hopes to exchange information and technical and tactical experience while becoming better-equipped to “fight sea theft and terrorism”.

Iran’s army and the IRGC have conducted several drills in the past two months in a show of force amid tensions with the United States. 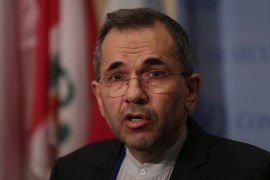 An Israel general said its military is preparing ‘operational plans’ in reaction to Iran boosting its nuclear programme. 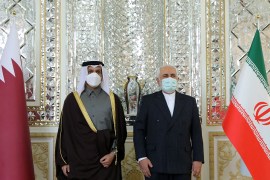 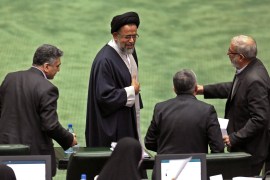 Mahmoud Alavi says Iran could reverse course of nuclear programme if the country is ‘cornered’. 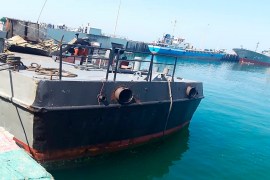