French MPs have approved a controversial bill the government says will strengthen the country’s secular principles, but critics argue could harm civil rights, especially those of the 5.7-million-strong Muslim community.

The vote on Tuesday on the so-called “anti-separatism” bill, brought forward by President Emmanuel Macron, paves the way for it to be passed into law within months.

Legislators in the lower house National Assembly, which is dominated by Macron’s centrist La République En Marche ! (LREM) party, voted 347 to 151 in favour of the bill with 65 abstaining.

The legislation will now be passed up to France’s upper house, the conservative-led Senate. The Senate has the power to amend the bill but is expected to greenlight it.

Among the more than 70 separate articles, the law expands the ability of the state to close places of worship and religious schools, as well as to ban preachers it considers “extremist”.

Amid concerns about the foreign funding of mosques, it requires religious groups to declare large foreign donations and have their accounts certified.

It comes with presidential elections looming next year and with decades-long divisions about the integration of France’s large Muslim population.

Macron and Darmanin in particular have been accused of pandering to far-right voters by exaggerating the danger of groups it brands “Islamist” in the often-marginalised immigrant communities found in French suburbs.

The government counters that the threat is real, pointing to repeated attacks and what Macron called the development of a “counter-society” that rejects secularism, equality and other French values and laws.

With campaigning ahead of presidential and parliamentary elections already heating up, the right-wing opposition Republicans (LR) party and the far-right National Rally have both said the bill does not go far enough.

They have called for restrictions on the wearing of the veil known as hijab, which they both view as a manifestation of Islamism, rather than an expression of cultural identity or religious piety.

The government has rejected calls for a wider headscarf ban, but the law will expand the demand for “religious neutrality” in clothing to people working for private companies carrying out public services.

Critics say Macron is seeking to harden his record on hardline Islam and security ahead of a likely re-match with far-right leader Marine Le Pen in next year’s election.

He pushed an initiative recently to ask eight federations representing Muslims in France to sign a 10-point “charter of principles”, which three refused.

The 43-year-old head of state is also accused of doing too little to counter discrimination and racism, though a new law and funding has been promised to help marginalised communities.

About 200 people demonstrated in Paris on Sunday against the bill, accusing it of “reinforcing discrimination against Muslims”.

In January, a group of academics and campaigners wrote in the newspaper Liberation that the law was “an unprecedented blow” to religious freedom and the freedom to form associations. 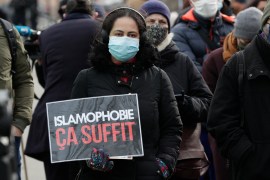 Having debated the bill, French politicians will vote on it this week before it heads to the Senate. 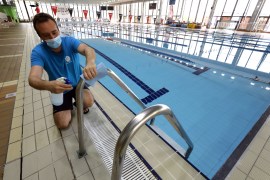 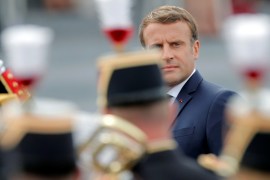