President Joe Biden said that the United States is facing a “national emergency” in the coronavirus pandemic and his administration is working to supply enough COVID-19 vaccine to inoculate 300 million Americans.

“We’re in a national emergency,” said Biden, wearing a mask during remarks to scientists at the National Institutes of Health just outside Washington, DC on Thursday.

“This will be one of the most difficult operational challenges we have ever undertaken as a nation. It’s going to take time,” Biden said.

The US is on pace to exceed Biden’s goal of administering 100 million vaccine doses in his first 100 days in office, with more than 26 million shots delivered in his first three weeks. The 300 million doses would be delivered by the end of the US summer, Biden said.

“We’re now on track to have enough supply for 300 million Americans by the end of July,” he announced.

Biden said the US coronavirus death toll is likely to reach 500,000 next month. He urged Americans to wear masks as a “patriotic duty” to prevent the spread.

Demand for the vaccine far outstrips supply and Americans are struggling to get appointments for inoculations, leaving Biden with an acute problem less than a month after taking over from former President Donald Trump.

Biden criticised Trump, saying the former president had “no plan to vaccinate most of the country”.

“My predecessor, let’s be blunt about it, did not do his job in getting ready for the massive challenge of vaccinating hundreds of millions of Americans,” Biden said.

A Trump representative did not immediately respond to a request for reaction to Biden’s comments. Trump had expressed pride in the speed of the vaccine development on his watch, the Reuters news service reported.

The Biden administration has deployed active-duty troops to help stand up mass vaccination sites in several states, laying the groundwork for increasing the rate of vaccinations when more supply is available.

Biden emphasised that his administration is doing everything possible to increase the vaccine supply and the nation’s capacity to deliver injections into arms.

Biden had announced on Thursday that the US had secured contractual commitments from Moderna and Pfizer to deliver 600 million doses of vaccine by the end of July — more than a month earlier than initially anticipated.

“We appreciate the confidence that the U.S. government has demonstrated in our COVID-19 Vaccine,” Moderna CEO Stéphane Bancel said in a news release.

The pace of injections could increase further if a third coronavirus vaccine from drug maker Johnson & Johnson receives approval from the Food and Drug Administration. 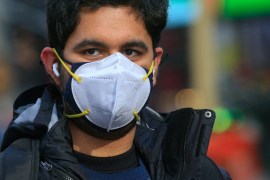 Two masks are better than one in fight against COVID: US CDC

US researchers at the CDC recommend double-masking for maximum protection against airborne particles. 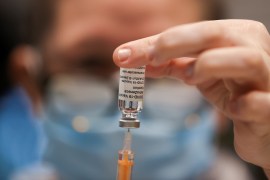 The drug company says it expects an updated COVID-19 vaccine targeting new variants to be ready for use this year. 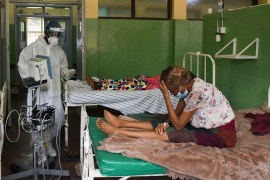