Qatar is working to de-escalate tension in the region by advocating for a return to the 2015 Iran nuclear agreement, state media quoted Qatar’s foreign minister as saying.

US President Joe Biden’s administration is exploring ways to restore the nuclear deal that Iran signed with world powers, under which it received sanctions relief in return for abandoning its nuclear programme. The US was pulled out of the deal in 2018 by former President Donald Trump, who reimposed sanctions on Iran.

“The State of Qatar is working on de-escalation through a political and diplomatic process to return to the nuclear agreement,” said Al Thani, state news agency QNA reported on Wednesday.

The remarks also came after US Central Command head, General Kenneth McKenzie, said during an online discussion earlier this week that Qatar’s geographic location can help assist mediation efforts between Iran and the US.

Al Thani said Qatar’s communication with both Iran and the US was ongoing, given the strategic ties Qatar holds with both.

Last month, Iran’s top diplomat Mohammad Javad Zarif welcomed Qatar’s call for Gulf states to engage in a dialogue with his country and to broker negotiations after Doha said it was “hopeful” that Iran and its Arab neighbours could resume talks.

Qatar, which shares a major gas field with Iran, has for years called on Gulf Arab states to enter talks with Iran. Saudi Arabia and the United Arab Emirates accuse Iran of fomenting unrest in the Middle East – accusations Tehran denies.

The Trump administration worked to build a united front against Iran in the Gulf, including by encouraging normalisation between Gulf Arab states and Israel. 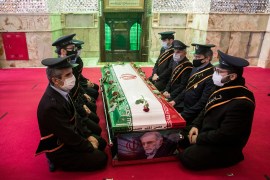 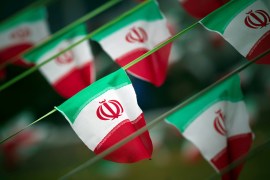 Vehicles and online presence replace the public show of force during the celebration of Iran’s 1979 Islamic revolution. 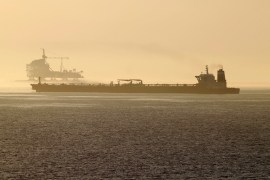 US sells a million barrels of Iranian oil seized under sanctions

A Justice Department spokesman said the oil had been sold and the proceeds would go to a fund for victims of terrorism.