India has warned the United States-based social media firms to abide by the country’s laws, a day after a face-off between Prime Minister Narendra Modi’s government and Twitter over content regulation.

Speaking in Parliament on Thursday, IT Minister Ravi Shankar Prasad called out Twitter, Facebook, LinkedIn and WhatsApp by name and said they were welcome to operate in India, but only if they play by India’s rules.

India on Wednesday rebuked Twitter after the social media company refused to comply with the government’s order to take down over 1,100 accounts and posts which New Delhi claims spread misinformation about the months-long farmer protests against new agriculture laws.

In a public blog post, Twitter said it had not blocked all of the content because it believed the directives were not consistent with Indian law.

“In keeping with our principles of defending protected speech and freedom of expression, we have not taken any action on accounts that consist of news media entities, journalists, activists, and politicians,” it said.

Meanwhile, Indian legislators urged their followers to switch to a homegrown rival platform, Koo, where Prasad already has a verified account.

The IT ministry, via a post on Koo, said late on Wednesday its top official had on a call with some of Twitter’s top executives expressed “strong displeasure” with Twitter’s actions.

The IT secretary expressed his deep disappointment over the manner in which the company had “unwillingly, grudgingly and with great delay” complied with only parts of the government’s orders, the government statement added.

Twitter did not immediately respond to a request seeking comment on the meeting with the IT ministry.

Twitter’s moves to defy India’s orders have put the company and its executives at the centre of a political firestorm.

New Delhi has previously threatened legal action which could result in fines or imprisonment for Twitter executives responsible for implementing government directives.

It also comes after Twitter’s top lobbyist in India, Mahima Kaul, resigned while the company scrambles to contain a growing public relations crisis.

Public opinion in one of Twitter’s key markets is split. Some lawyers say Twitter must comply or challenge the order in court while activists blame the government for using legal provisions to curb free speech.

Digital rights activist Nikhil Pahwa said the government has been challenging social media companies on content it feels is “not in its interest or in the national interest” for many years.

He said the government frequently keeps its orders to block content, made under a section of the IT Act, under a “cloak of secrecy” and called for more transparency.

“I’m very glad if Twitter is challenging the government if it believes that these orders are not lawful orders, because many times, companies tend not to challenge … because the government is so powerful,” he told the AFP news agency.

Twitter on Wednesday said following government orders, it permanently suspended more than 500 accounts for engaging in platform manipulation and spam. For many others, it only restricted access within India and their tweets can still be read abroad.

For Twitter, the stakes are high in India, where it had 17.5 million users as of last month, according to German database firm Statista. It is also ardently used by Modi, his cabinet ministers and other leaders to communicate with the public.

As the dispute takes a toll on Twitter, many Indian politicians and users are joining the home-grown Twitter-like social media platform Koo, which was launched last year.

#kooapp was the top Twitter trend in India on Wednesday with nearly 21,000 posts, followed by #BanTwitter.

Hello Friends, I am now on Koo.

Connect with me on this Indian micro-blogging platform.

Let us exchange our thoughts and ideas on Koo

Several people on Twitter, including Trade Minister Piyush Goyal, have posted tweets this week, saying “I am now on Koo”.

Goyal, who has 9.6 million Twitter followers, has a pinned tweet asking people to connect with him on the rival Indian platform.

Koo, which has a yellow bird as its logo, said downloads have surged 10-fold in the past two days to more than three million.

“The last 48 hours has seen the largest number of sign-ups,” Koo’s co-founder Mayank Bidawatka told the Reuters news agency. “I have slept for two hours in last few days.” 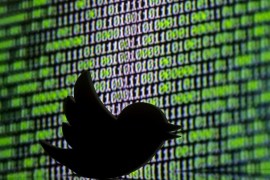 Twitter: Order to block accounts ‘not consistent with Indian law’

The social media giant says the order to take down more than 1,100 accounts is not consistent with Indian law. 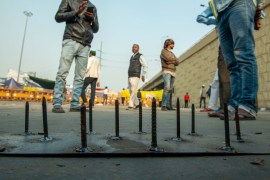 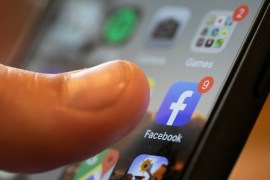 Social media companies are waging a war against incitement and hate speech in the West, but what about the Global South?