In a statement issued on the stroke of the Lunar New Year, the administration said an investigation found BBC World News’ China-related reports had “seriously violated” regulations, including that news should be “truthful and fair,” had harmed China’s national interests and undermined national unity.

The channel, therefore, does not meet requirements for foreign channels broadcasting in China and its application to air for another year will not be accepted, it added.

English-language BBC World News is not included in most TV channel packages in China but is available in some hotels and residences.

In a statement, the BBC said it was “disappointed” by the decision.

“We are disappointed that the Chinese authorities have decided to take this course of action,” a BBC spokeswoman said.

“The BBC is the world’s most trusted international news broadcaster and reports on stories from around the world fairly, impartially and without fear or favour.”

“China has some of the most severe restrictions on media & internet freedoms across the globe, & this latest step will only damage China’s reputation in the eyes of the world,” he added.

The US State Department also condemned the decision, calling it “troubling”.

“We absolutely condemn the People’s Republic of China’s (PRC) decision to ban BBC World News, the PRC maintains one of the most controlled most impressive least free information spaces in the world. It’s troubling that as the PRC restricts outlets and platforms from operating freely in China Beijing’s leaders, use free and open media environments overseas to promote misinformation,” State Department spokesman Ned Price told reporters.

“We call on the PRC and other nations with authoritarian controls over their population to allow their full access to the internet and media.”

The move came after the BBC aired a report on February 3 detailing harrowing accounts of alleged torture and sexual violence against Uighur women in Chinese camps.

In a lengthy investigation based on witness testimonies, the BBC had reported allegations of systematic rape, sexual abuse and torture of women detainees by police and guards in China’s western region of Xinjiang.

The region is home to the mainly Muslim Uighur minority and has seen a sweeping security crackdown by Chinese forces in recent years.

Meanwhile, British media regulator Ofcom revoked CGTN’s licence to broadcast in the UK on February 4 after an investigation found the licence was wrongfully held by Star China Media Ltd. 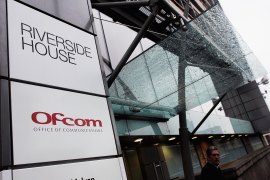 Ofcom said the current licence holder, Star China Media Ltd, had failed to show it had editorial oversight over CGTN. 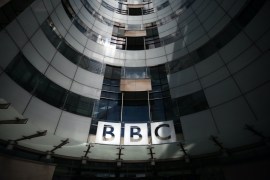 BBC apologises over use of racial slur in news report

After public outcry, British broadcaster expresses regret for ‘creating distress amongst many people’. 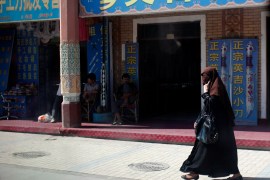 US ‘disturbed’ by reports of rape of Muslims in China camps

The US warns of serious consequences for atrocities committed against women in internment camps for ethnic Uighurs. 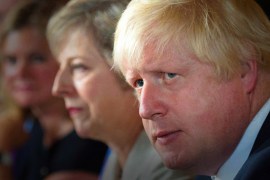 Battle for the BBC

With BBC in the crosshairs of Boris Johnson’s government, we look at network’s century of struggle with British state.