The UN Security Council failed to agree on a joint declaration on war-torn Syria, capping a day of negotiations in which the body’s special envoy to the country called to jump-start the deadlocked peace process.

Russia, Syria’s main ally, repeatedly blocked negotiations on the matter, diplomats said on Tuesday, although Moscow did not respond to a request for comment from the AFP news agency as to why.

Russian diplomats told Al Jazeera they had worked together with other Security Council members to try to reach a unified position at the end of the meeting. They say they were not the ones who disagreed to the final proposed wording for a statement.

The latest meeting comes nearly 10 years after Syrians followed their neighbours and joined the Arab Spring, a wave of protests that spread across the Arab world, starting from Tunisia and Egypt.

But what started as peaceful anti-government demonstrations in March 2011 quickly turned into a bloody years-long war.

The Syrian conflict has killed more than 500,000 people and displaced half the country’s pre-war 23 million population, including more than five million refugees mostly in nearby countries.

Endless rounds of UN-backed peace talks in the decade since have failed to stem the bloodshed and in recent years have been largely overtaken by parallel negotiations led by Russia and Turkey, which backs some opposition factions in Syria’s northwestern region.

“The current divisions in the international community need to be bridged,” UN Special Envoy Geir Pedersen told journalists earlier in the day following a UNSC videoconference.

Pedersen said without “constructive international diplomacy” on Syria, it was unlikely that “any track – constitutional track or any other – will really move forward”.

Diplomats said the failure to agree on a declaration was due to Russia, which had made demands unacceptable to Western nations.

“The Russians are asking too much,” a diplomat said on condition of anonymity.

The council’s monthly meeting on Syria is usually public, but officials kept the session private after a meeting of the Syrian Constitutional Committee in Geneva last month ended with no progress.

“The aim was not to create a debating club, but to give Syrian people a way out from a 10-year long conflict,” he said, according to a copy of his speech that was released after the meeting.

“It is clear to everyone that the Syrian Government has just taken advantage of these meetings to delay any real reconciliation.”

The committee was created in 2019 to modify Syria’s 2012 constitution, which directs the organisation of elections under UN supervision.

“Session five of the Constitutional Committee was a missed opportunity and disappointment,” Pedersen said of the January meeting, which included the Syrian government, the opposition and civil society.

In a joint statement after the briefing, Estonia, France, Ireland and former members Belgium and Germany blamed the Syrian government for obstructing the process and refusing to engage constructively on the proposals of Pedersen and the Syrian opposition.

“Unfortunately, despite five rounds of discussions over the past year and a half, we regret that no substantial progress has been made at these meetings towards the drafting of a constitutional reform in line with Security Council Resolution 2254,” they said in the statement.

The US and several Western allies have previously accused Syria’s President Bashar al-Assad – who has been in power since 2000 – of deliberately delaying the drafting of a new constitution to waste time until presidential elections are held this year and avoid UN-supervised voting as called for by the UNSC. 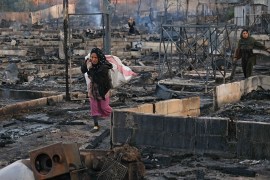 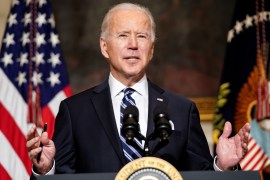 Despite a tough stance on migration Donald Trump had twice extended protections for Syrians due to the ongoing conflict. 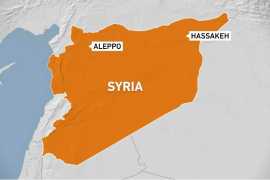 At least 13 killed in car bombs, shooting in Syria’s north

Shooting in northeastern city of Hassakeh kills one; two car bombings in Aleppo claim lives of 12. 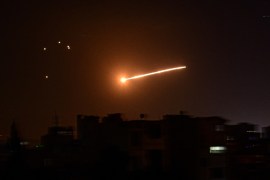