Madrid, Spain – Catalonia, one of Europe’s most tumultuous political battlegrounds, is heading to fresh regional elections this weekend which could see the far-right Vox party take its first ever seats in the Catalan parliament.

On paper, Vox’s breakthrough in Spanish regional politics dates back to December 2018 in Andalusia. Since then, Vox has also become the third-largest formation in Spain’s national parliament.

Catalonia, with its powerful pro-independence movement, looked like a tougher nut for a fiercely pro-Spanish unity party like Vox to crack.

But in Sunday’s regional elections, Vox is forecast to win as many as 10 of the 135 seats on offer –  likely a higher total than those to be taken by the traditional option for Spanish right-wing voters, the Partido Popular (PP).

Vox’s breakthrough in Catalonia and potential eclipsing of their closest right-wing rivals look all but certain, despite poll predictions being hamstrung by a near-record 30 to 40 percent of the electorate saying they will abstain, and a further 30 percent remaining undecided which party to support.

Latest forecasts indicate that either of the two of the main separatist parties currently sharing power in Catalonia, the ERC or Junts Per Catalunya, or Spain’s ruling Socialist Party could win.

But victory margins are reportedly as narrow as one or two seats, creating a real possibility of political deadlock.

“Vox’s segment of the Spanish political spectrum used to be housed within the PP but is now present, and on the increase, in its own right. Furthermore, all those kinds of far-right parties are currently on the increase in Europe,” Germa Capdevila, a Catalonia-based political analyst, told Al Jazeera.

But, he added: “Such high numbers of abstaining and on-the-fence voters means we can’t trust the polls.

“A lot of people aren’t just planning to stay home on Sunday because they’re worried about the pandemic, either.

“On one side of the Catalan independence debate, which still dominates much of the political narrative here, a fair proportion are disillusioned because they feel the main separatist parties have made next-to-no progress towards Catalonia leaving Spain.

“And the pro-Spanish vote will probably no longer turn out in such large numbers as in the last elections [which had a record participation of 80 percent] because they no longer consider Catalan independence as a realistic threat.”

The Socialist Party has turned to Salvador Illa, who recently resigned as Spain’s health minister, to lead its Catalan campaign – a gamble which could see the party secure nearly double its seats to about 30.

Considered more charismatic than their previous leader, Miquel Iceta, Illa is seen by many pro-Spanish voters as someone who could move the Catalan political debate onto a new footing, Capdevila said.

And unlike other parties’ pandemic-era campaign strategies of Zoom meetings and TV interviews, Vox sent its politicians on public walkabout tours, regardless of the showers of stones, fruit and eggs that have greeted them in some strongly pro-separatist cities.

Some observers say Vox’s willingness to take the political battle directly to their opponents’ heartlands has echoes of the hugely successful, equally uncompromising campaign run by the centre-right Ciudadanos party in the 2017 Catalan elections.

Ciudadanos won 36 seats, but that ultimately proved insufficient to unseat the ruling nationalist majority coalition and – paralleling their dismal performance in Spain’s last national elections – polls now say Ciudadanos could end up with just a quarter of that number come Sunday.

“Ciudadanos’ decline is not just in Catalonia, not just Spain-wide,” Capdevila said.

Holding the elections in February regardless of the pandemic has been another political battleground, with all parties barring the Socialists arguing they should be delayed.

But a court verdict in favour of elections may yet prove a double-edged sword for Illa’s campaign.

“It hardly feels like an election is happening at all here, because we’re all stuck at home. I only read about it on my phone,” one former Socialist Party supporter in western Catalonia, who spoke on condition of anonymity because she is considering changing her vote, told Al Jazeera.

“People have different priorities these days, it’s not all about independence. But holding elections now is a mistake. I think only the most radical voters will be turning out on Sunday.” 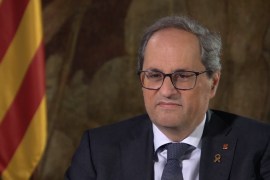 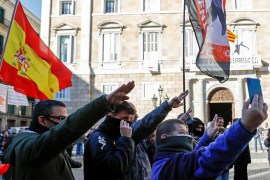 In the pandemic, are Europeans more attracted to the far right?

Far-right parties are increasingly popular as the health crisis weighs, a shift which could be felt for years. 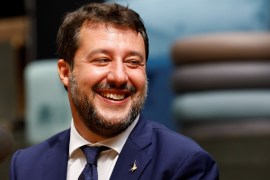 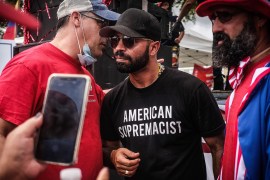